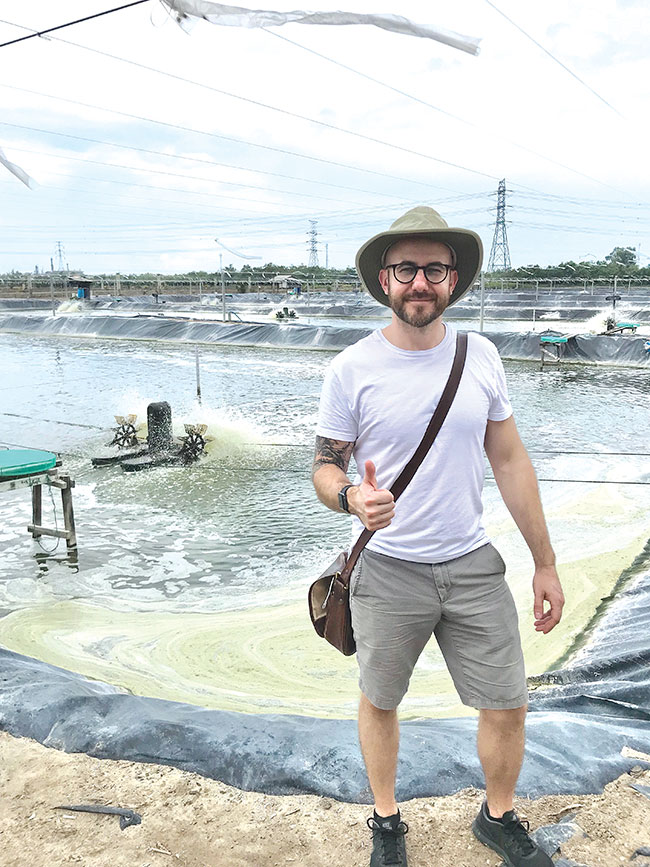 Wittaya Aqua CEO Evan Hall spent some time talking with aquaculture farms to find out where the gaps are regarding data management in aquaculture operations.

Aquaculture has a big data problem.

Wittaya Aqua CEO Evan Hall says too many facilities are still relying on pen and paper, or disorganized Excel spreadsheets, to log their daily operations. It could be a local shrimp farm in Southeast Asia or a multimillion-dollar facility in Chile, Hall believes his Toronto-based tech startup can be the solution to making the industy a little more data savvy.

After graduating Queen’s University in 2011 with a degree in Environmental Science and Biology, Hall began his career as a fish biologist in Ontario, Canada. He went back to Queen’s to get a Master of Business Administration (MBA) in 2016 and decided to ask around about opportunities in Canada’s startup community.

This brought him to collaborate with animal science and nutrition specialist Dr. Dominique Bureau from the University of Guelph. They bonded over their experience poring over log books and scrolling through mismatched data points and together, they decided to found Wittaya Aqua in December 2017.

Hatchery International: How did your experience as a fisheries biologist bring you to co-found a tech startup?

Evan Hall: I sat down with Dom (Bureau) and he was telling me how fish farms, multimillion-dollar operations, record their data down on whiteboards or they’re writing it on the back of a notepad, and maybe they’re using Excel to do some data analysis and figure out how to improve their farm operations. And that story completely connected with me. As a field biologist, most of my time was copying field notes into Excel so I could actually do stuff.

So, we talked to trout farms. We talked to tilapia farms, shrimp farms, salmon farms and really distilled what are the commonalities between those farms. What are they all trying to do? They’re feeding them, they might be moving them around, splitting them based on their size, applying maybe antibiotics or water quality stabilizers.

So we decided to focus on just allowing them to track all the different things that they are doing, allowing the software to be modular and customizable, applicable to virtually any species. And that product finally went to market in late 2019, supporting our consulting business. 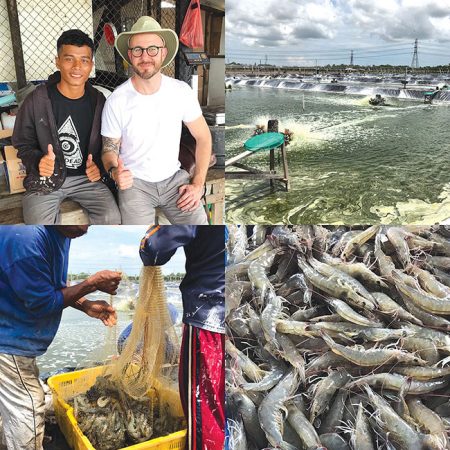 HI: Originally, AquaOp tool and your consulting services were geared towards grow-out operations that raise fish for the commercial market but now hatcheries are becoming interested in your platform, as well. How are your hatchery clients different?

EH: So right now, it’s still kind of early in the journey, but we’re looking at reporting on which strains, which genetics, which lot or cohort of fry or eggs, tracking the DNA parentage. And then typically, the other main difference in hatcheries is that there’s usually more than one life stage present at any given point in time whereas on a grow-out farm, there’s really just one life stage of animal.

We’re just making sure that we can incorporate those smaller aspects without breaking the whole system. So far, so good. The early response has been overwhelmingly positive so that’s encouraging and we’re only really about six weeks into our journey into the hatchery sector.

HI: In big bold letters, your website states that, “Aquaculture has a big data problem.” Can you explain what you mean by that?

EH: So, there are a couple things. The first problem is that a lot of farms aren’t necessarily collecting as much data as they could or should be. The more data, the more insider information that you have as to what’s going on in your operation.

The second tier of problems is each farm, pretty much, without fail, is collecting data in different formats. We see this all the time in our consulting business, just trying to figure out the method behind the madness of a spreadsheet – what’s being collected and how it’s being organized – and it doesn’t allow you to even compare apples to apples.

The third tier, this higher level one that is one of our key focuses, is now that you have that data, what do you do with it? How do you use it to improve your operations and help you make decisions that will yield in reduced feed conversion ratios, healthier animals, more animals to market and all that kind of fun stuff.

And that’s predictive analytics, machine learning analytics and artificial intelligence. Those are tools that most farms don’t have at their disposal. So we make that as easy as possible for any kind of farm to be able to access.

HI: For much of the aquaculture industry around the world, there seems to be a technology gap from farm to farm. Where some farms can harness advanced technology like remote-operated drones and artificial intelligence, others, as you mentioned, are writing notes on whiteboards and backs of notepads. What is Wittaya Aqua’s role in bridging that gap for the industry?

We’re starting to approach a few equipment providers, so that farms that are using hardware, we can allow that data to populate on our application without them having to actually do anything. But right now, it’s kind of on a case-by-case basis.

Our primary philosophy is there’s a lot we can do to help a farm without collecting an enormous amount of data and without changing their workflow a ton. And then, over time, as we continue to collect more data and work with other partners on the hardware side of things, we can start doing more and more and more.

In terms of number of farms, the majority of smaller, older farms aren’t even recording anything and that’s not really our target customer currently. There’s definitely a knowledge gap and a large part of education needs to be done there. Over time, and working with different non-governmental groups and things like that, the industry will get there.

But currently, for us, we kind of need for the client to at least be capturing data in some way, shape or form for us to be helpful. Because then we can show how our system fits within that or how it can offer alternative or supportive insight.