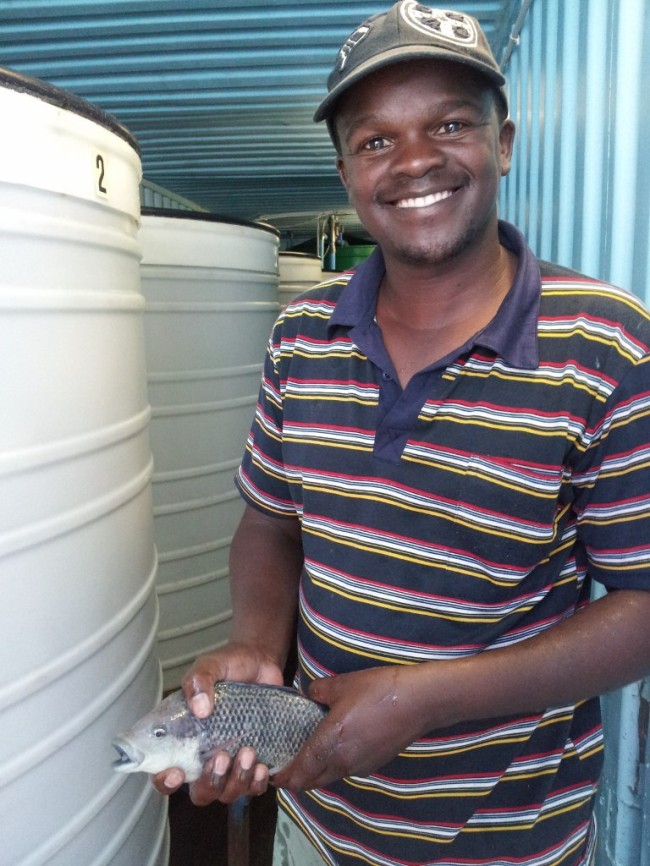 Of the many different uses for shipping containers – houses

Of the many different uses for shipping containers – houses, banks, restaurants, concert stands, etc. – a fish farm may well be the most unusual. A couple of years ago, Alan Fleming developed the prototype, and now a shipping container in Khayelitsha, a township in Cape Town South Africa, is producing up to four tons of tilapia a year.

Fleming, who has a degree in environmental science and agriculture, wanted to bring small scale agriculture into the heart of big cities where many people live without access to nutritious food and without hope of employment. He created a simple design that is affordable and easily repeated. His container farm uses less water than a community vegetable garden.

You can lock up a container at night before heading home, it preserves the heat­ – which is very helpful when growing warm water fish such as tilapia, it’s transportable, and it’s profitable. A 12-metre container outfitted with pipes and tanks has the capacity to produce four tonnes of tilapia a year yielding a profit of $370 per month.

Fleming hopes that the container farms will help provide employment to impoverished areas. Over 700,000 people live in the cramped conditions of Khayelitsha where unemployment is estimated at 38% (the national average is 25%).

Fleming’s farms have prompted inquiries from Kenya and Tanzania.