Earlier this year an electrical error led to a fire which burned down the primary incubation building at McIntyre Creek Salmon Incubation Facility in Whitehorse, Canada. Sadly, at the time of the fire the building contained more than 30,000 salmon fry which were to be used in restoration projects for two aboriginal bands in the area. 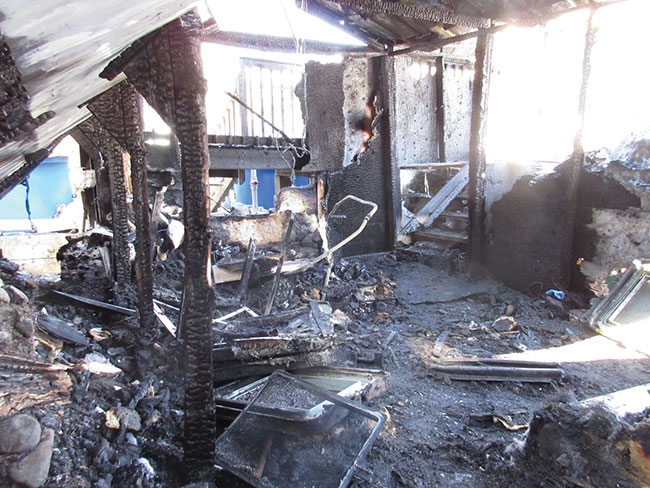 Along with the building itself

At the time of the fire heat tape was being used to thaw frozen water pipes and the electrical error occurred at a time when the site wasn’t being monitored. The incubation building contained 16,000 chum salmon fry from the Vuntut Gwitchin First Nation to be used in the Fishing Branch River and between 25,000 and 30,000 chinook salmon fry which were to be used in the Ta’an Kwäch’än Council’s Fox Creek Salmon Restoration Project. The timing was particularly unfortunate as the fry were due to be moved to incubation tanks outside the building shortly afterwards.

The hatchery is managed by Yukon College, and spokesperson Michael Vernon says that the facility will be rebuilt but the exact timeline is still being worked out.

“We’re working with several partners on that,” says Vernon. “There’s the Department of Fisheries and Oceans, there’s another hatchery in town, the Whitehorse Rapids Fishladder, as well as the First Nations. Right now we’re focused on the recovery operations and the decommissioning of that building – pulling apart the debris in a safe manner, and in a way that doesn’t compromise the health of the creek.”

Along with the building itself

The building itself was valued at around $30,000 and hiring contractors for the cleanup was estimated to cost around $17,000. In the meantime, the Ta’an Kwäch’än Council have indicated that their citizens are willing to volunteer to help with the cleanup and the rebuilding effort. However, it has yet to be determined whether the facility will be rebuilt exactly as it was or whether they will take the opportunity to upgrade the facility.

Along with lower numbers of adult returns for several years, and fewer eggs being naturally deposited, the loss will also reduce opportunities for training youth and staff in tagging in preparation for the fry release this season.

The Ta’an Kwäch’än Council has also received an offer from Yukon Energy for the use of fry from their Whitehorse Rapids Hatchery.