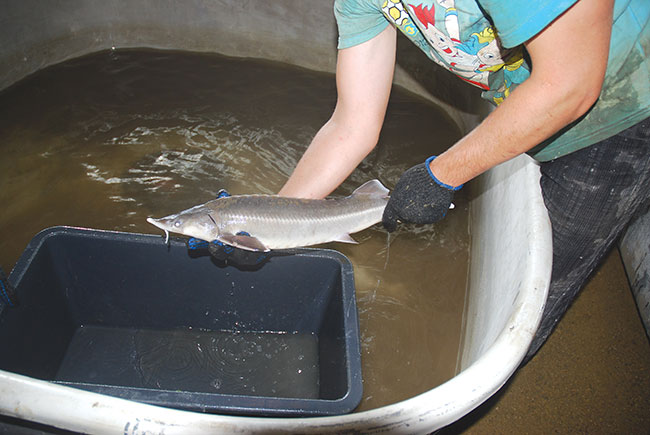 Thanks to efforts from several state-owned Russian hatcheries in restoring the sterlet (Acipenser ruthenus) population in the country’s rivers, this species has reversed its status and is no longer considered among endangered species, according to Russian authorities.

As a result, the price of black caviar on the market has hit one of its lowest levels.

Russian oil and gas giants are obliged to compensate any harm their industrial operations may cause to the environment by signing contracts with hatcheries to breed fish fry that will be released into rivers.

Sterlet was historically considered “a dish of Tsars” in Russia. The price of one sterlet fingerling is about Rub30 ($0.40). For oil and gas companies, this is one of the cheapest fish to breed in order to fulfill its environmental-protection obligations, Russian Business Consulting added.

As a result, “tens of millions of sterlet fry are being released in the Russian rivers every year.” Sterlet was on the brink of extinction during the 2000s because of large-scale poaching, so the government implemented a ban on catching them.

The prices for black caviar on the Moscow market could reach Rub60,000 ($900) per kg. If the restrictions on catching starlet are removed, the prices could slump to Rub20,000 ($300), especially since it is unlikely that the ecological campaign aimed at increasing sterlet population in the country would be ending anytime soon, according to Primechanye.