Russian fish farmers are braced for the fallout of the war in Ukraine. 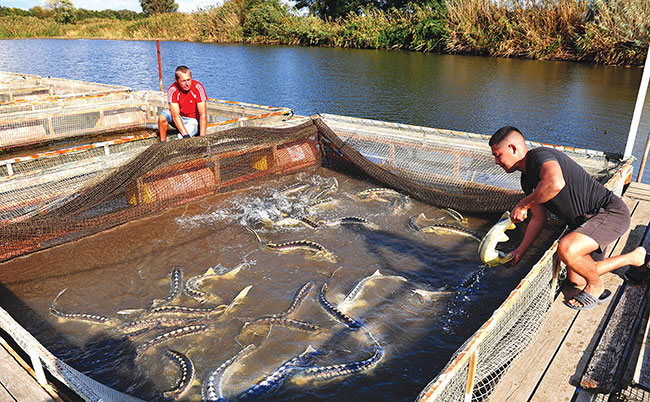 In general, the Russian invasion of Ukraine promises dark days for the national economy, particularly to all segments dependent on foreign equipment and raw materials. The country faces unprecedented financial, trade, and political isolation, and a massive exodus of Western businesses as more than 300 Western brands publicly pulled out from the Russian market.

With the Russian economy now being transferred into a “besieged fortress regime,” almost entirely relying on its own resources, the fish farming industry is braced for dramatic changes, which nobody was prepared for.

Aquafeed is in the spotlight
It is currently unclear how some farms and hatcheries can continue operation, since Russia has a critical dependence on imported aquafeed, according to the Russian government publication Russian Gazette.

Russia produces enough fishmeal to meet the domestic demand, but most production capacities are concentrated on the Far East, the country’s key fishing region. Delivering fishmeal to European Russia, where most fish farms are based, is associated with unbearable logistical costs. As a result, most Russian fish meal is exported, while European Russia primarily imports aquafeed.

“We are working with the Finnish [aquafeed] company Raisio,” commented Vladimir Vladimirov, deputy director of the Kala Maryapoyat farm, which breeds rainbow trout (Salmo gairdneri) on the Upper Kuitto and Nyuk lakes in Karelia. “We tried to use some Russian feed but were forced to abandon it, even though it is much cheaper than imported products.”

“The studies conducted by ichthyopathologists showed that on domestic feed trout grows slowly, its health is deteriorating. And quality is our priority,” he added.

It is believed that Russian companies manage to compete with imported products only in the segment of high-energy feed, containing a lot of protein and fishmeal, said Galina Pavlovich, general director of the Russian Center for the Control of Fish Diseases, adding that in Russia they are produced at three plants in the amount close to only 10,000 per year.

“For comparison, Russia currently imports 100,000 aquafeed per year in this segment”, she added.

Russian demand in aquafeed is estimated at 250,000 tonnes, while production is close to 50,000 tonnes. By 2030, the demand was projected to grow to 375,000 tonnes on the back of major growth of the Russian fish farming production.

Hatcheries in Russia depend on foreign aquafeed even more than fish farms. For instance, Kirill Proskuryakov, head of the Association of salmon (Salmo) hatcheries of the Sakhalin region, reported in late 2021 that all regional salmon hatcheries were dependent on the Danish aquafeed, primarily supplied by one company – Aller Aqua.

Import restrictions imposed, at that time, against European suppliers threatened to disrupt operations of 68 hatcheries in Sakhalin, he said. So far, there is no clarity on how they plan to continue operation under the current circumstances. 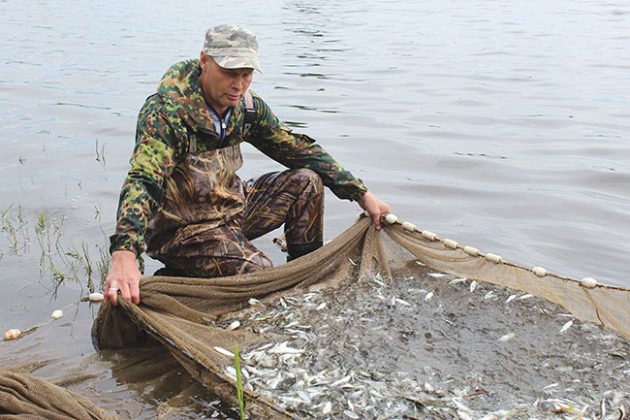 Partial self-sufficiency on import equipment
Similarly, Russian fish farmers have tough dependence on imported equipment. Some import substitution in this segment took place in the past few years, but the country still lacks some critical technologies, which were primarily imported from Europe.

“Currently, it is extremely hard to assess the share of imported equipment on the domestic market. I doubt this data even exists. No doubt, the share of the Russian equipment is growing, especially in some product categories,” Belkovsky said.

In some product categories import is dominating the market. These are fish loaders, separators, analytical equipment, and containers for fish transportation, Belkovsky added.

On the other hand, a substantial part of the aerating equipment for ponds and pool farms – way above 50 per cent is produced by Salmo Ru, he said, adding that the equipment for cage farms lately has also been of Russian origin produced by Russian company Luxsol.

According to Belkovsky, all types of drum filters for recirculating aquaculture systems are manufactured in Russia by a Sochi-based company Fishtechno.

Concerns voiced over a lack of commercial broodstock
However, the biggest issue the Russian fish farming industry must be braced for amid international isolation is the lack of broodstock.

A source in the Russian fish farming industry that was not authorized to speak publicly commented that most farms in the Northern basin were expected to stop operation if the supplies of foreign broodstock are suspended. He explained that this problem is particularly relevant for the Atlantic salmon (Salmo salar) industry, which primarily imports smolt from Norway. While some larger players have their production facilities both in Russia and abroad, smaller companies have simply no sources of broodstock, and “are doomed for extinction”, the source said.

“There are practically no hatcheries for industrial aquaculture in Russia,” said Lasar Taufik, general director of the Russian company Kroft Tau, explaining that this is primarily associated with long investment cycles on such projects, which normally range between 10 and 15 years.

“Work with promising aquaculture species has been phased out since the mid-1980s. Few remember that back in the days of the Soviet Union, successful work was carried out on the cultivation of American striped perch (Perea fluviatilis) and river eel (Anguilla Valgaris). Work on the technology of industrial cultivation of pike perch (Stizostedion canadense) has been stopped. Exotics species like arapaima (Arapaima gigas) and paca (Cuniculus gen.) are forgotten, even though they are one of the most promising freshwater aquaculture species,” Taufik said.