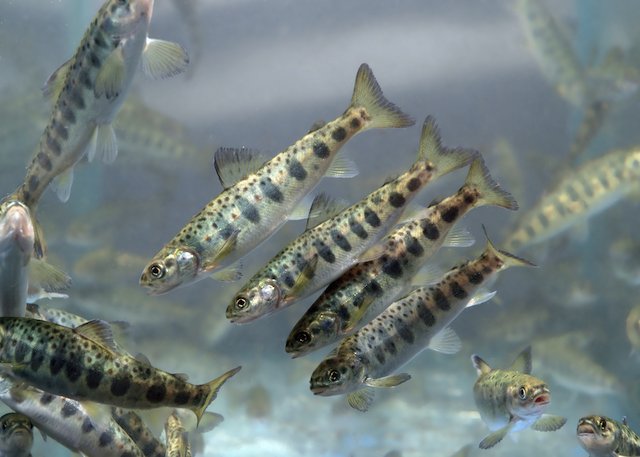 Salmon parr. Russian Aquaculture's latest acquisition in Norway can produce up to 2 million Atlantic salmon and trout smolt annually Construction of a smolt plant in Russia is also in the company's plans

The facility, Olden Oppdrettsanlegg AS, utilises a flow-through system and can produce up to 2 million Atlantic salmon and trout smolt annually.

The company considers the acquisition as key to achieving its target production of 25,000 to 30,000 metric tonnes of fish by 2025.

Together with Villa Smolt, which Russian Aquaculture acquired earlier this year, the company is now a vertically integrated company. It has its own smolt to cover a material part of its supply needs, significantly reducing operating costs and biological risks.

The company said it will retain Olden’s personnel that currently manages the facility.

The construction of a smolt plant in Russia is also in the cards for the company.

“In a relatively short period of time we have made two important steps towards securing the stable supply with our own smolt,” Ilya Sosnov, CEO of Russian Aquaculture, said.

“I am confident that this investment will strengthen our market position as well as decrease operating costs and biological risks. We are very happy to have acquired this first-class asset, and welcome the opportunity to work together with Norwegian colleagues who are among our longest-standing partners.”