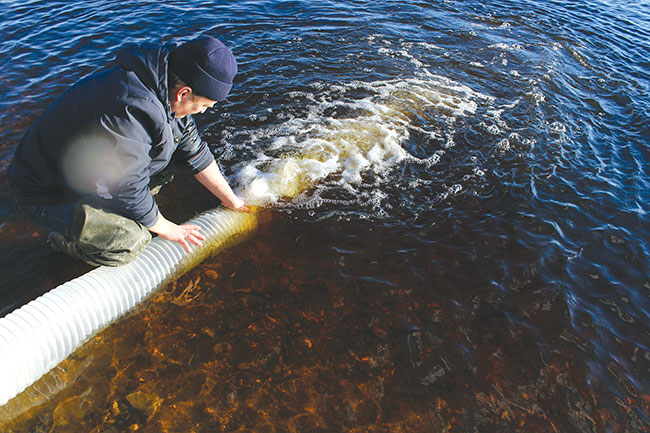 State-owned hatcheries in Russia have released 450 million fry in Lake Baikal since 2019.

The Russian government has allocated Rub800 million (US$12 million) to modernize three hatcheries in the Republic of Buryatia in an effort to enhance the ecological campaign in Lake Baikal.

Since the beginning of 2019, the state-owned hatcheries in the region have released 450 million units of fry in Baikal, 4.5 times higher compared to the same period of the previous year and eight times higher compared to the entire 2016 year, said Dmitry Grudinin, director of the Baikal branch of Gralvrybvod, the government agency authorized to run state-owned hatcheries.

There were some big changes in the production process, Grudinin said. In the past, employees had to catch fish with their own hand. Today, new equipment has made the breeding process much more automated.

Alexey Tsidenov, governor of Buryatia, said the money was allocated under the national program called, Ecology, aimed at restoring fish species population in the regions where the environment was negatively affected by anthropic activity. Tsidenov said the modernization of the three hatcheries – Bolsherechensky, Selengvinsky and Gusinoozersky – was ordered by Russian President Vladimir Putin.

Once modernization of the three hatcheries are completed, they will be able to release 1.5 billion fry every year to Lake Baikal.

As soon as the modernization is completed, these hatcheries would be able to release up to 1.5 billion units of fry per year, all in Lake Baikal, Tsidenov stressed. In addition, the hatcheries are mandated to grow 1.5 million fingerlings of Omul (Coregonus migratorius) and 1.5 million units of sturgeon (Acipenseridae), he added.

The need to protect Lake Baikal is associated with poor ecological conditions of the lake. Over the past few years, around 800,000 tonnes of garbage end up in the lake every year, not including wastewater and petrochemicals, dramatically reducing the population of some fish species in the lake.