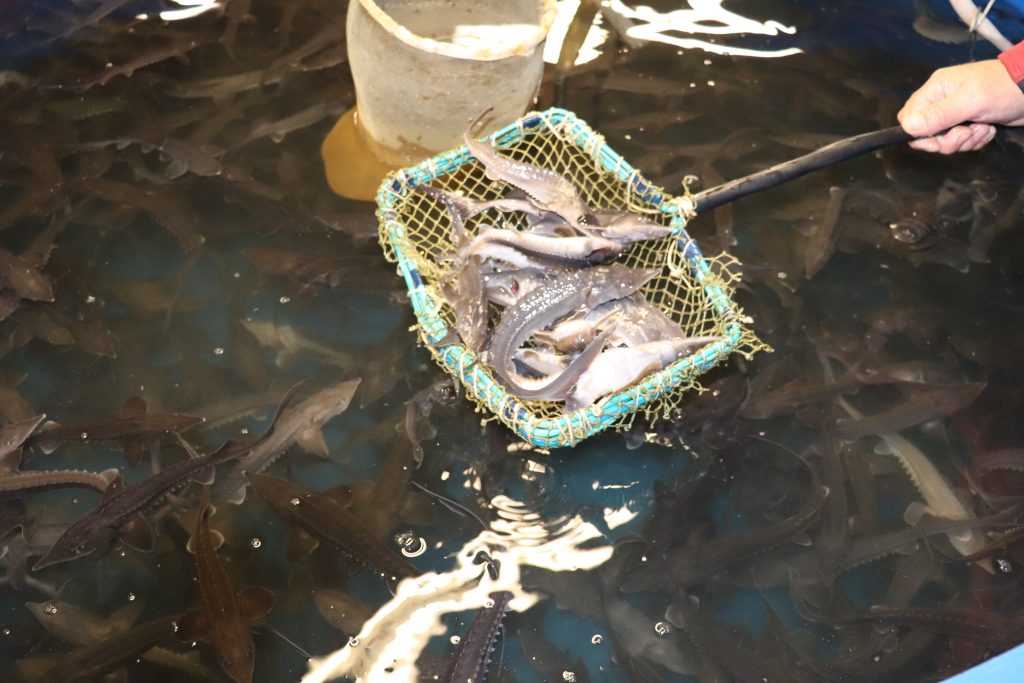 A group of Russian scientists is developing a method for clearing breeding stocks of aquaculture fish species from a burden of slightly harmful mutations using a genetic handicap method, Kolonchin said.

He added that in particular the project is focused on the whole genome sequencing of Russian and imported breeds and lines of trout (Salmo gairdneri), as well as its wild form.

“Similar studies are planned for commercial lines and wild stocks of the anadromous form of Atlantic salmon (Salmo salar) from the basins of the Barents, White and Baltic Seas, as well as lake salmon,” he said, adding that this work began last year, but acquired immense importance now, in light of the import-replacement campaign embarked by the Russian government agencies.

“The development of highly productive breeds and lines of salmon and carp (Cyprinus carpio), as well as [introducing] qualitative improvement of breeds and lines of carp, will help strengthen the Russian industrial aquaculture and reduce its dependence on imported supplies of fish fry,” Kolonchin said.

VNIRO has got a government grant under the genome sequencing program in 2021. The scientists said they planned to edit the fish genome using CRISPR/Cas technology. Several foreign scientific institutions were expected to participate in this program.

In addition, the scientists admitted, citing fish farmers, that locally-produced trout broodstock was inferior to foreign in terms of growth rate, maturation synchrony, disease resistance and a number of other features.

“In terms of carp breeding and genetics, all the main discoveries were made by Soviet scientists back in the 1980s, and for more than 40 years, the productivity of the currently used breeds has not changed. The tasks of VNIRO scientists will include a comparison of the genetic characteristics of carp breeds produced in Russia in order to create highly productive lines for aquaculture,” the scientists said.

On the other hand, there are strong fears that any food manufactured with the use of genome editing technologies would be in high demand on the Russian market. Over the past few years, Russian government agencies have taken a strict stance on GMO products, restricting imports of a broad range of goods, including pet food and aquafeed, from most European countries after several routine examinations discovered the presence of GMOs in a few supplied batches.

Most recent opinion polls also showed that Russians have low confidence in the safety of genome editing technologies in the food industry.