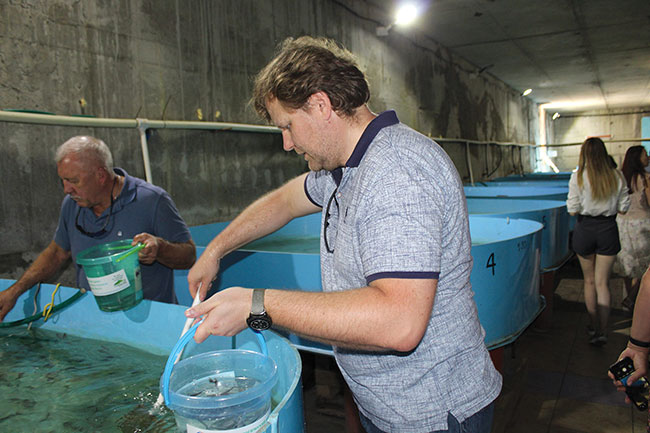 A group of researchers from the Siberian Branch of the Russian Academy of Sciences have designed a technology aimed at increasing the population of valuable fish species Baikal, in particular Arctic cisco (Coregonus autumnalis) and common whitefish (Coregonus clupeaformis).

The Russian scientists suggested using, for this purpose, another fish – tugun (Coregonus tugun). The idea is to transfer primary germ cells of valuable or endangered fish species into its body and then release it into Baikal. In this way, it would be possible to hatch omul or common whitefish much faster, the scientists said.

“In this case, offspring can be obtained in just a year. Accelerated selection is necessary because many fish species begin to spawn rather late. For example, the Baikal whitefish starts spawning only at the age of six,” the scientists explained.

The Russian Academy of Science has already created a special cryobank with the sex cells of omul, whitefish, and sturgeon (Acipenser). Now specialists are waiting for a decision on their application for a government grant to develop their technology further. If successful, the new technology could be employed by local hatcheries, which are struggling to restore the whitefish population in the region, making their operation “accelerated.”

“Now experiments on cryopreservation of germ cells are underway. Special kits have been purchased to label these cells before transplantation. And even a tugun, ready to become a surrogate mother for other fish species, has already been raised,” said Lyubov Sukhanova, senior researcher of the group of evolutionary genetics in the Siberian branch of the Russian Academy of Science.

In addition, Russian scientists study the hybridization of the local fish. They create hybrids that may never have existed in nature. For example, they crossed the Baikal omul with a peled (Coregonus peled), trying to get a hybrid with a better survival ability.

“First-generation hybrids take the best from their parents. These artificial fish are less whimsical than the omul to the conditions of an artificially created habitat. They grow faster than the peled and are omnivores, like it. We will also compare with the originals in many ways,” added Sukhanova.

During the past several years, the Russian authorities put a lot of effort into modernizing and expanding hatcheries near Baikal. For example, according to the Russian federal agency for fisheries Rosrybolovstvo, the production of omul broodstock for Baikal raised from 55 million units in 2017, to 71 million in 2018, 450 million in 2019, 520 million in 2020, and one billion in 2021. Fish population in the world’s largest and deepest lake has been hampered during the past few decades by poaching and poor ecological conditions. Over the past few years, around 800,000 tons of garbage ended up in the lake every year, not including wastewater and petrochemicals, local environmentalists estimated. This has dramatically reduced the population of some fish species in the lake.