Southeast Asia may be as far away as a destination could be from the geographical hot spot. But it is definitely feeling the heat 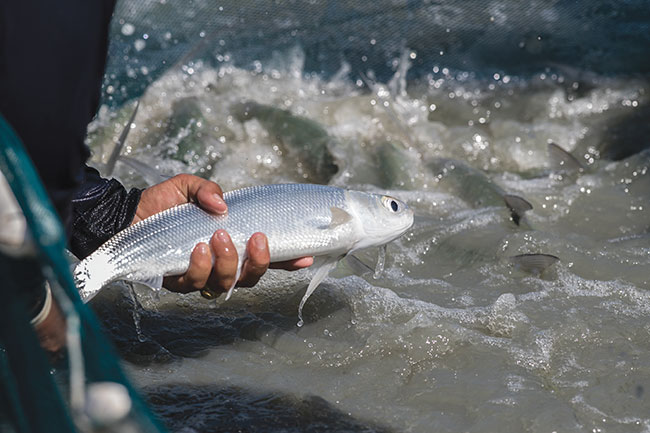 The price of milkfish fry increased from US$0.13 to as much as $0.28 per piece. Photo: © wonderisland / Adobe Stock

By the end of 2021, Vietnam has recognized Russia as a potential market for its pangasius exports. Russia imported fish valued at US$32.5 million, up by 72.5 per cent from the year before.

Year 2022, however, delivered reality checks early on. Russia’s January imports were down due to a confluence of factors. Less than a month after the Russian invasion of Ukraine, the Vietnamese Association of Seafood Exporters and Producers said they were suspending exports of pangasius to Russia because of financial sanctions. They said, however, they still considered Russia as a potential market.

From Asia, Vietnam and China are the only big players in seafoods exports to Russia.

Universal blow
As elsewhere, Southeast Asia is feeling the brunt of invasion’s impact on the supply chain level.

The Philippine Department of Agriculture (DA) anticipated early on the reduced global production and trading of urea, a vital material in fertilizers used in agriculture and aquaculture. Russian production accounts for 18 per cent and Ukraine, four per cent.

The aquaculture industry is under DA’s jurisdiction.

“While the Philippines does not directly import fertilizers from either Russia and Ukraine… their conflict would greatly reduce the volume traded globally,” it cited in a released statement. In March, the DA, through the Fertilizer and Pesticide Authority, said it had been holding bilateral discussions with fertilizer-producing countries, including Indonesia, Malaysia, Qatar and China.

This period coincided with the Philippine government’s approval of the DA’s realignment of funds. The goal is to spearhead projects designed to blunt impacts of the Ukraine crisis.

Malaysia’s Ministry of Agriculture and Food Industries (MAFI) considered alternative measures if the crisis is prolonged. This would include encouraging the use of organic fertilizers to replace chemical fertilizers, according to Malay Mail.

Soaring fuel prices have some governments implementing stop-gap measures to manage inflation. Thailand reduced the excise tax on fuel for three months, starting in February. Indonesia, an oil-producing country, and Malaysia have given subsidies to stabilize fuel prices.

And then there are countries where prices are dictated by global supply and demand. The Philippines is among them.

“Even before the conflict, all transport costs increased by 40 per cent,” said Alex Soriano, chairman of the Philippine Milkfish Industry Group, told Hatchery International. A few days after stating this, the Philippine took a hit again with another spate of fuel price hikes.

Milkfish is the Philippines’ most popular species for aquaculture. Local production of fry is so scant that as much as 70 per cent is imported. Indonesia is the biggest source. Since the outbreak of COVID-19 in 2020, no passenger flights have been available, necessitating chartered flights.

The price of milkfish fry increased from $0.13 to as much as $0.28 per piece. This is so steep that demand contracted. Small players who can’t afford the new prices no longer stock their ponds as much or have stopped production all together, he said.

Silent auction
This scenario is being replicated everywhere.

“Even before the conflict of those two countries, people engaged in business, including those in aquaculture, are already feeling the high cost of operation due to the successive increases in fuel cost. Hence, many partially operated their business only or totally stopped their business operation,” she said.

The drop in production volume in milkfish may be easily assessed by the nightly number of trucks hauling in fresh harvest to Luzon’s major fish ports in Malabon and Navotas in Metro Manila.

Producers have no say on the farm gate prices since the inventory is sold at silent auctions, just as it has been for over a hundred years.

With his hand half-cupping a side of his mouth, the buyer would whisper his bid to the auctioneer’s ear. He only has one shot at it and would most probably not always consider the increasing production costs spurred by increase in fuel prices.

He is also the chief operations officer at the Tierra Del Norte – Aquaculture Division (TDNAD) which, in addition to milkfish, also grows pompano and siganids.

“We at the company are weathering through this,” he said. Productions costs is commensurate to production output. “If we decrease production, it would mean laying off personnel. We can’t do that.” TNDAD has between 1,600 to 1,800 people working for them.

So far, the company is still doing good. “We get by with a thin margin of profits. But if operation costs increase some more, we will have to find where we could cut expenses,” he said.