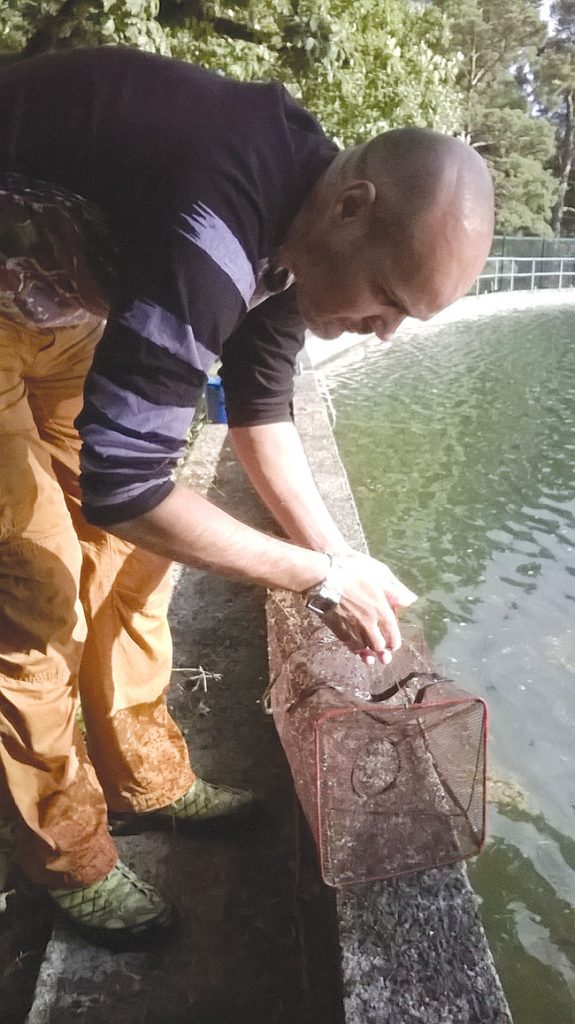 The impact of translocated cleaner fish has been factored into an environment-friendly approach to solving sea lice problems in Northern Europe.

“Considering that cleaner fish are intended to be used as ‘symbiotic organism’ feeding on sea lice, but not for human consumption, RACleanFIsh-Aqua considers moving away from traditional selective breeding programs. Instead, it is encouraged to incorporate the conservation of the genetic diversity in case of accidental escapees,” Dr. Enrique Blanco Gonzalez, told Hatchery International. He is an associate professor at the Norwegian College of Fishery Science, the Arctic University of Norway.

The adoption of RACleanFIsh-Aqua can contribute to preserving the local biodiversity by avoiding translocations of genetically and phenotypically different organisms, using a large number of local breeders with regular replacements, and monitoring the genetic diversity of their offspring. It will also provide offspring that are more suitable to the local environment, he explained.

Restricting the use of cleaner fish from local breeders helps reduce bio-security issues related to the presumed risk of introgression between farmed and wild organisms, he explained.

“Translocations should be restricted to fish genetically and phenotypically similar, but avoided among distinct populations,” Blanco Gonzalez said.

He has conducted studies on the interaction between translocated cleaner fish wrasse with the local population.

As a natural solution to sea lice problems, wrasse can feed on sea lice continuously, even at small densities, and could consume as much as three times the volume of sea lice that lumpfish eats. It helps to keep sea lice numbers low without risk to human health and can be co-cultured with salmon even under non-optimal health conditions.

“The development of rearing techniques will have some associated risks as in other species. However, it will also help to reduce the ongoing intensive fishing pressure on natural populations, especially considering that the species display sexual size dimorphism,” he said.

“Males grow faster than females and sneakers, which are alternative males. Since fishery is size-regulated, it may target younger, larger males and unbalance the sex ratios.”

In his report, “Interbreeding between local and translocated populations of a cleaner fish in an experimental mesocosm predicts risk of disrupted local adaptation,” Blanco Gonzalez and his team evaluated the genetic consequences of large‐scale translocation of cleaner wrasse that has become a common practice within the salmon aquaculture industry in northern Europe to combat sea lice infestation.

The experimental setting represented a simulated translocation of corkwing wrasse (Symphodus melops) that occurs on a large scale in the Norwegian salmon industry. Parentage assignment analysis of mesocosm’s offspring revealed 30 percent interbreeding between the two populations, despite their being genetically and phenotypically differentiated.

“In sum, we can’t extrapolate our results as a rule of thumb, but at least there are some lines of evidence suggesting that translocated fish can adapt to the new environment, interbreed with local stocks and eventually they may compromise the resilience of the species,” he said.