Features
Restoration is a team effort against California drought 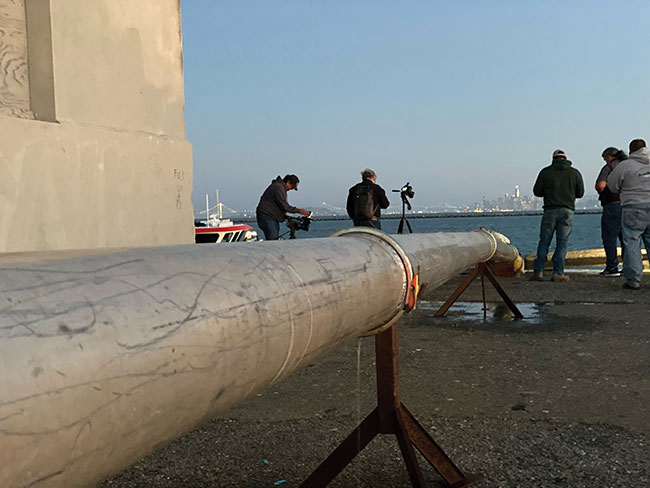 California’s drought has a tightening grip on all sectors of the state’s economy and hatchery-raised fish are really feeling the pinch.

“Droughts are nothing new,” said Brett Galyean, U.S. Fish and Wildlife Service for 22 years, and project leader at Coleman National Fish Hatchery in Anderson, Calif. “Since being at the hatchery, we experienced droughts in 2008-2009, 2013-2015 and most recently, 2020 to the present.”

United effort
The U.S. Fish and Wildlife Service (USFWS) has a plan in the works to support native hatchery-raised fish during the current drought.

Facing a third year of drought, state and federal agencies anticipate low water storage and warm temperatures in the region will have significant impacts on salmon. To help address this issue and minimize impacts, USFWS, in cooperation with other state and federal agencies, is coordinating urgent actions, including increased hatchery production of Sacramento winter-run Chinook at Livingston Stone National Fish Hatchery.

Galyean said staff at the Red Bluff Fish and Wildlife Office have created a fish release assessment to determine whether fall-run Chinook salmon smolts should be released in the river or transported via fish distribution truck and released down river or in San Francisco Bay.

“Before fall-run Chinook salmon are released, our staff will evaluate current and projected river flows, river water temperatures, state water operations, and salinity barriers of release conditions that the fry will encounter as they migrate through the Sacramento River and out to the Pacific Ocean,” he said.

The Wildlife Service has started to release adult winter-run Chinook salmon to upper reaches of North Fork Battle Creek above Eagle Canyon Dam. This marks the first time in over a century that an anadromous fish has been in this reach, as restoration efforts have yet to be completed. Moving salmon to this location is critical during this third year of drought because water temperatures are cooler, and habitat is more conducive to spawning. 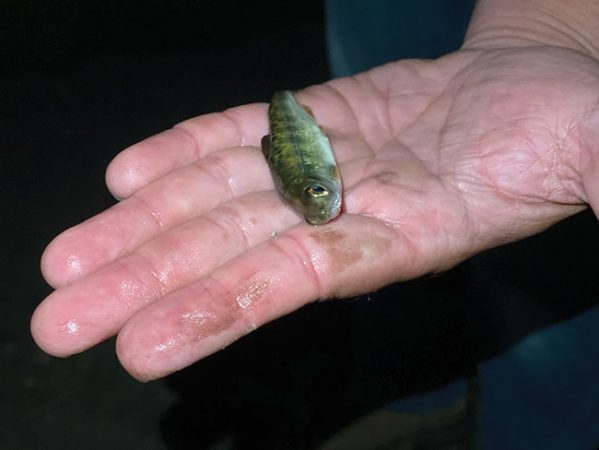 Save the salmon
The Battle Creek Salmon and Steelhead Restoration Project – which is a multi-entity effort between U.S. Bureau of Reclamation, National Marine Fisheries Service, California Department of Fish and Wildlife, U.S. Fish and Wildlife Service, and Pacific Gas & Electric – is an ongoing effort to restore habitat and increase the accessible of these habitats for Central Valley salmonids, including winter-run Chinook.

Since 2017, the Service has been leading efforts to reintroduce winter-run Chinook salmon into Battle Creek, while the Restoration Project actions continue to be implemented.

The Livingston Stone National Fish Hatchery is located at the base of Shasta Dam, north of Redding. Historically, winter-run Chinook salmon spawned in the upper reaches of tributaries to the Sacramento River including the McCloud, Pit and Upper Sacramento Rivers. Upon completion of Shasta (1945) and Keswick (1950) Dams, access to this historic spawning habitat was blocked. With the completion of these dams the spawning area for winter-run Chinook salmon was reduced to the area just downstream of Keswick Dam.

The National Oceanic and Atmospheric Administration Fisheries, or NOAA, considers winter-run Chinook salmon a “Species in the Spotlight” because it is one of just nine species considered to be most at risk of extinction in the near-term and in need of urgent protection.

Galyean says the news is getting better.

In 1993, the population of returning adults reached an all-time low of 186 individual fish, and in 1994, the population was relisted as endangered under the Federal Endangered Species Act. In 1997, the hatchery was established and in April 1998, the hatchery released their first winter Chinook salmon and has been in continuous operation since.

State affairs
“California is a very large and diverse state with both California Endangered Species Act-listed fish and sport fisheries being impacted by the drought,” said Kirsten Macintyre, communications manager for the California Department of Fish and Wildlife (CDFW). “The exact number of fish species impacted by the current drought is unknown. However, most fish species are likely impacted to varying degrees.”

CDFW focuses its monitoring efforts on watersheds that provided habitat to special status species, or those that were expected to face the greatest risks from drought. Under normal years, it conducts emergency fish rescues of the most at-risk species, but sees a sharp increase during drought. In the last year, CDFW Fish Rescue and Stressor Monitoring program rescued 19 different species.

Poor water quality conditions in the rivers and at its hatcheries has forced CDFW to release fish to alternative locations or to other hatcheries.

“For example, in the spring we trucked more than 19.7 million (and 16.8 million in 2021) juvenile Chinook salmon from four Central Valley hatcheries to sites around San Pablo, San Francisco, Half Moon and Monterey bays,” said Macintyre.

In 2021, on the American River, CDFW moved 450,000 Steelhead from Nimbus Hatchery to the Mokelumne River Hatchery. On the Klamath River, in cooperation with the Hoopa Valley Tribe, CDFW relocated 1.1 million fall-run Chinook smolts from Iron Gate Hatchery to the Trinity River Hatchery. And on the Russian, 4,000 juvenile coho were relocated from Warm Springs Hatchery to the conservation facility at Casa Grande High School. CDFW is continuing to plan for similar actions in 2022 and developing further contingency plans, if warranted.

CDFW has increased fish production efforts this year to mitigate drought impacts on commercial and recreational fishing. It has implemented the use of a new fish rescue and stressor monitoring database to capture metrics on fish habitat in drought-stricken areas and track fish relocations and staff effort spent on these activities to help inform future fisheries management decisions.

CDFW continues to engage with the State Water Resources Control Board, DWR, federal agencies, local landowners, and Water Districts in requests for temporary modifications to existing permits and licenses, curtailments, emergency regulations, water transfers and variance requests to address and minimize impacts to fish and wildlife.

In high priority watersheds such as the Klamath, Sacramento-San Joaquin and Russian, Fish and Wildlife is working with willing landowners and water users on Voluntary Drought Agreements that provide landowner incentives to reduce or adjust water diversions to protect instream flows.

“Existing regulations allow CDFW to close recreational fishing along the central and north coasts upon the triggering of certain biological and hydrologic metrics.” Macintyre said. “The time window in the calendar for this authority is not synching with the ‘new normal’ of drought conditions.”