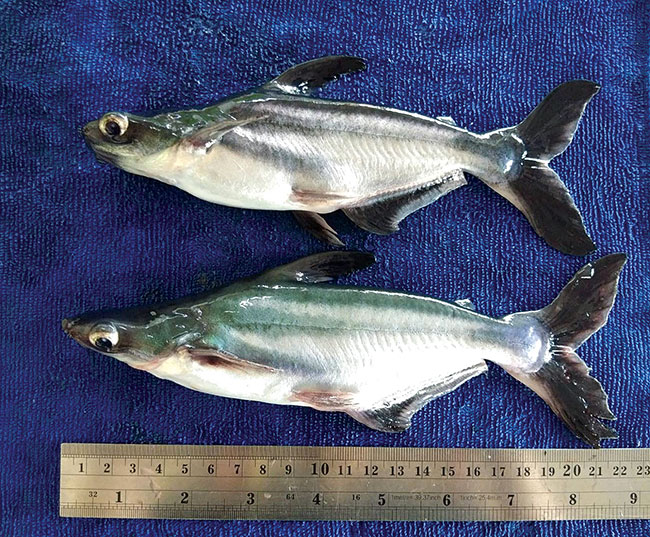 Palić and Mengumphan are part of the team that conducted the study, “Effect of freshwater fish oil feed supplementation on the reproductive condition and production parameters of hybrid catfish (Pangasius larnaudii x Pangasianodon hypophthalmus, Sauvage, 1878) broodstock”, published in Aquaculture Reports.

There are two probable reasons behind the effect of the freshwater fish oil supplementation, according to Palić: providing additional energetic value of the diet with increased energy from fat/oil, and enhanced palatability of the standardized food. He said the role of freshwater fish oil in fish metabolism and signaling mechanisms is not fully understood.

Fish oils in diets can also contribute to better reproductive performance in “subtle” ways, he said. “The composition of poly-n-saturated oils in the freshwater fish oils additive can add essential micronutrients to the fish and support increased demand for metabolic activities occurring during preparation of the ovaries and eggs, as well as testis/sperm for spawning.”

Freshwater fish oil over marine fish oil was used for cost and sustainability factors. Industrial processing of whole catfish to frozen fillets produces up to 60 per cent of offal. Unfit for human consumption, this is frequently used as raw material to produce fishmeal and oil or, in some cases, fertilizer. Freshwater fish oil from offal has significant amounts of unsaturated fatty acids usable as supplement to catfish diet.

Thailand is a major importer of catfish fillet. Lack of high-quality larvae and fingerlings slows down expansion of grow-out farming. The study contributes a solution to this impediment.

“The quality of broodstock is directly related to good reproductive performance and production of high-quality eggs, larvae and fingerlings. When higher survival rate, better disease resistance and faster growth of hybrid catfish fingerlings are supported through a national know-how in regional/local hatchery, it will quickly become an incentive for Thai producers to turn to local suppliers for stocking good-quality fingerlings,” Mengumphan said.