In November 2013, the Guiuan Marine Fisheries Development Center (GMFDC), a 1.25-hectare, multispecies hatchery in the island province of Samar in the Philippines, was riding high. 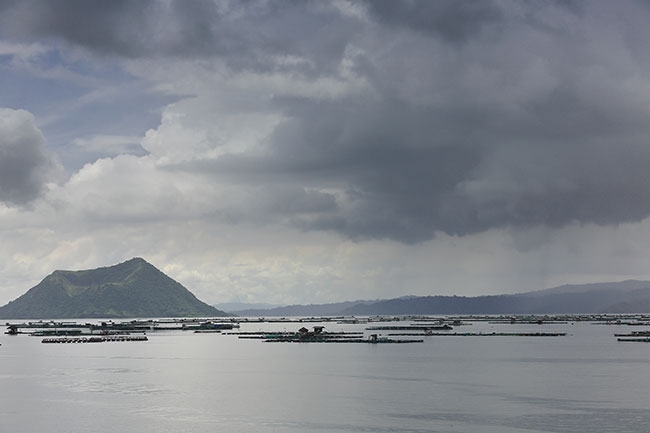 A survivor of the world’s strongest recorded tropical cyclone

Spawning production was good. All of the six hatcheries were newly renovated and there was a new administrative building.

The hatcheries housed broodstock of various species, including the high-value abalone, sea cucumber, giant clam and blue swimming crab, which were already spawning, and pompano, snapper and grouper which would be spawning soon.

It turned out, though, that they were riding the crest of the wave. Before they knew it, they were down.

Epic typhoon
In the same month, the seaside town on Guiuan was hit by the epic Typhoon Haiyan, recorded as the world’s strongest tropical cyclone.

GMFDC was practically wiped out. Of the six hatcheries, only the milkfish hatchery remained usable.

“When I saw the damages, I became depressed because we were all ready for more spawning activities. All our hatcheries were newly renovated and we had a new admin building when Haiyan struck. But I didn’t feel hopeless because I knew we would be able to regain what was lost,” GMFDC chief, Nonita Cabacaba, tells Hatchery International (HI).

“The enthusiasm that I saw in my staff made me more hopeful that in cooperation and commitment, we would be able to continue with our mandate to produce quality seeds and continue to serve the fisherfolk,” Cabacaba says.

Five years since the incident, she and her team have something to look forward to again.

After much delay, a P110-million rehab project is scheduled to begin in 2019. The extensive project, expected to last six months, will basically rebuild the center.

A Japanese NGO, the Japan International Cooperation Agency, sponsored laboratory apparatus, IT equipment, tanks, generators and electrical pumps. These were delivered and turned over in September 2015.

In developing the milkfish broodstock, she said diet is important: the right vitamins, moist feed and ample crude protein.

Before Haiyan, their original milkfish broodstock of 100 produced six million fry a year. From this batch, only 30 somehow managed to remain in the hatchery after the typhoon. Fifteen new broodstock were added. The current annual fry output is 600,000.

The broodstock’s spawning habits have been “erratic” since Haiyan, Cabacaba says.

The rehab project will provide the much-needed facilities to support the newest milkfish broodstock, the rest of the projects and research work.

At the moment, the center is making do with improvised structures. When it rains, the hatchery roofs leak and the staff have to quickly cover the tanks so that the water salinity is not compromised. And then they run for cover to keep themselves dry.

They just have to keep moving forward.

A survivor of the world’s strongest recorded tropical cyclone

Business as usual
Recalling what transpired during that particularly tough period, Cabacaba says, “Haiyan happened on Nov. 8, a Friday. The following day, my staff, who were staying at the center, started to clear the damages. On Monday, Nov. 11, we started with the general clean-up.” It stretched from the remainder of the month until the end of December.

Within the same year, they were able to produce abalone juveniles. The most important facility for them right now, Cabacaba says, is the phycology laboratory. A shed was built to provide a continuous production of natural food for the larvae. If the larvae are produced but there is no food for them, then the project wouldn’t go far, she stressed.

The center had to start developing their broodstock all over again. Milkfish takes five to seven years to reach breeding stage. Other finfish species take three to five years.

They have also started with a lobster culture assessment program in line with a government project. Beneficiaries are fisherfolk, who will be provided with lobster juvenile for grow-out.

They received funding from the government. Seeds, fry and juveniles produced are mainly for dispersal to local government units (LGUs) and fisherfolk.

The LGUs use these in marine sanctuaries and for stock enhancement.

GMFDC has annual production targets for each species. Output in excess of the target may be sold commercially.

Asked about the importance of technology, research and innovation to their field of work, Cabacaba implies that improvisation is just as important.

“We made a small shed and, considering that we don’t have 100 percent of environmental parameters, we have output – the scallops,” she says.

The center is the first in that Philippine region, if not in the entire country, to develop and spawn a scallop broodstock. They have produced juveniles. Although she says the survival rates are still very low, much has already been done and achieved with the project. She is concerned, though, for its continuity.

Budget for 2019 has been cut. With the lobster project being a priority, Cabacaba anticipates that allocating resources for others will be very tight. She says she will find a way to continue working on the scallops.