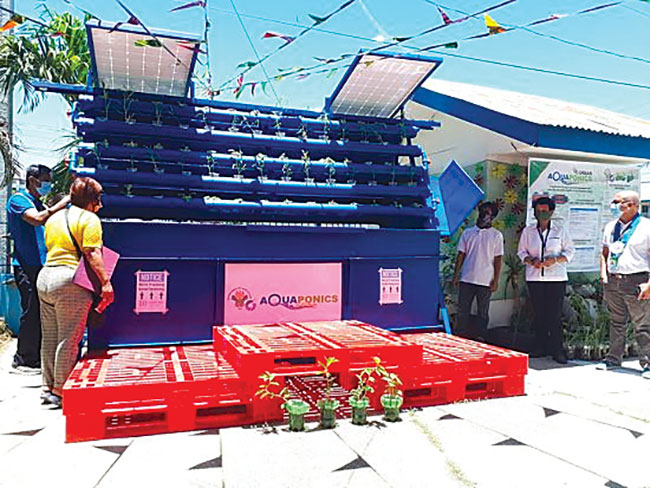 The Philippine government aims to boost food production during COVID-19 by providing urban dwellers aquaponics kits that will allow them to raise fish and grow vegetables.

The country’s Bureau of Fisheries and Aquatic Resources (BFAR) has begun distributing 10 units of the aquaponics system to 10 beneficiaries in communities in the City of Naga, eight hours outside of the country’s capital of Manila, according to the Philippine Information Agency. Similar equipment were also delivered to  Tuguegarao City, a municipality in the northeastern province of Cagayan.

The aquaponics units will be instrumental in enhancing food security in urban areas during the pandemic, according to Nelson Bien, BFAR – Bicol regional director.

“With the equipment and technology, they will have their own vegetables and fish to eat and they don’t need to go out to go to the market,” Bien said.

He said that the project is focused on urban cities like Naga, Iriga and Legazpi City, where space is limited for planting vegetables or for raising fish. The units designed by BFAR technicians combines concepts of aquaculture (fish farming) and hydroponics (soil-less growing of plants) in an integrated system that can be quickly assembled in a small space.

A typical aquaponics unit can accommodate 400 tilapia and about 50 lettuce or bok choy plants.

The equipment are modified by BFAR regional office technicians to suit the needs of users and weather conditions of the area. For instance, in Tuguegarao, while the required height of the tank for the fish is from one metre to 1.5 metre, it was modified to two metres depth to allow a cooler water temperature considering the region’s hot climate during summer.

BFAR has units for small scale backyard operations as well as larger  units for large-scale implementation.