Features Profiles
Overcoming hurdles in the hatchery to farm octopus 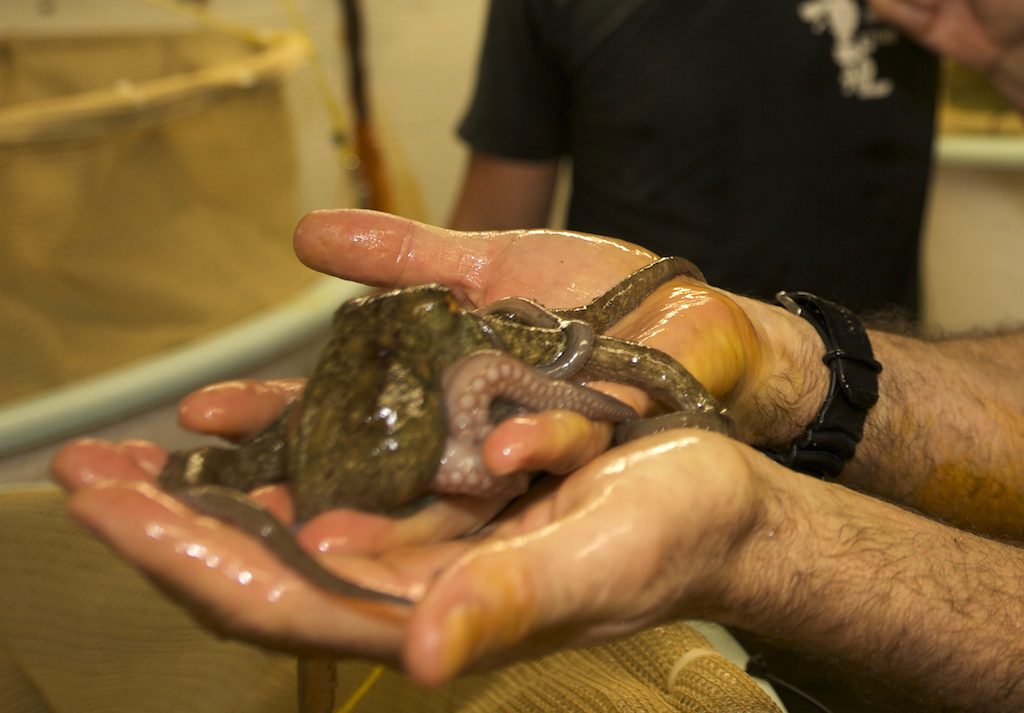 Australian project may have produced some world firsts in octopus aquaculture

An Australian fisheries project to farm local octopus species is laying the groundwork for aquaculture to meet the growing demand for this species as a commercial reality.

Fisheries Principal Research Scientist Dr Sagiv Kolkovski and Craig and Ross Cammilleri, from Fremantle Octopus Pty Ltd, Australia spent four years studying the behaviour and life cycle of Octopus tetricus to assess if it would be suitable for aquaculture.

The tetricus – the Common Sydney Octopus or Gloomy Octopus, as it’s known – is the most common species of octopus found along the Western Australia coast and was once considered only useful for bait or a nuisance to the rock lobster industry. Now it’s a popular seafood and demand far exceeds supply, raising the prospect of ‘ranching,’ which involves wild-caught juveniles being grown in tanks or offshore cages.

According to the researchers, the project has produced some world firsts in octopus aquaculture: In nature, an octopus hides in any suitable crevice and ambushes passing prey, but researchers found that they could be grown in tanks without artificial hides, such as PVC pipes.

They also discovered that in high density, size-matched populations, the octopuses’ behaviour changed from individual, aggressive, cannibalistic and territorial to behaviour resembling that in a school.

The biggest hurdle in octopus aquaculture has been breeding them in a hatchery. Hundreds of thousands of larvae were produced in aquaculture tanks during this project but only one survived to become a juvenile octopus. However, it was killed when the researchers moved other octopuses out. It was thought he had moved too but was discovered dead in the bottom of the tank.

The project had two parallel programs, one for juveniles and one for paralarvae. The paralarvae were grown in different tanks, some with up-welling current to keep the paralarvae suspended in the water column.

A special ‘double-tank’ system was needed to allow the passive transfer of paralarvae from the “dirt” tank to a new clean tank, in an attempt to reduce bacteria load.

The big problem, Kolkovski said, is knowing what to feed the larval and juvenile octopuses. Their nutritional needs are still a mystery.

So the next step will be to catch wild octopus larvae, and using DNA fingerprint methods (PCR), analyse their gut content and identify their prey. Then the researchers would move to develop feeds that imitate the nutritional profile of their feed in the wild.

Larval octopi feed in a similar way to the adults, Kolkovski explained: they capture their shrimp prey and inject them with enzymes which dissolve the inner flesh inside the crustaceans’ shells. The inner material is then sucked out and the shell allowed to fall to the floor. This feeding method could lead to problems with bacterial build-up in a tank.