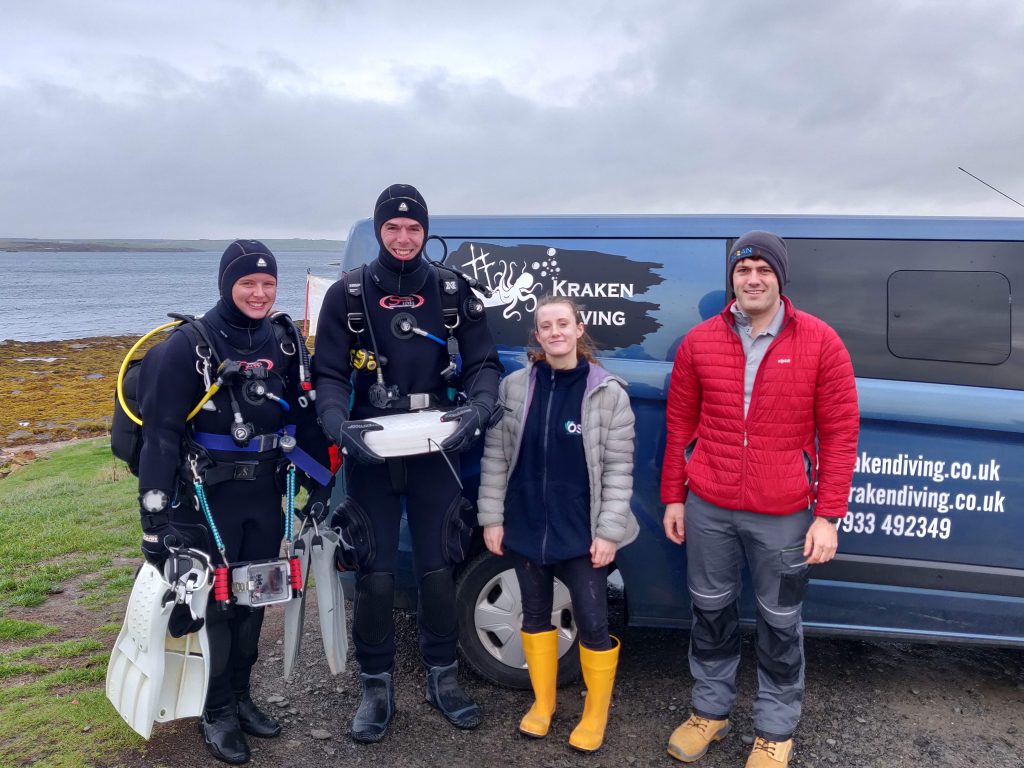 With the support and help of the expert divers from local diving school, Kraken Diving, Orkney’s release saw 500 of the hatchery’s advanced lobster juveniles placed directly onto the seabed at the historical Churchill barriers in Orkney, Scotland.

The lobsters had been successfully raised on land at the hatchery from egg through to stage 6 and beyond and, upon release, measured up to 45 mm in size (from claw tip to end of tail). Juvenile lobsters of this size are considered more robust than in earlier stages, giving them the best chance of survival in the wild. 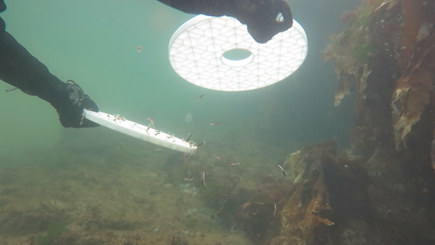 “We are excited about the first release of our European clawed lobster juveniles and are extremely proud of the progress that both Callum, our lead lobster hatchery technician, and the hatchery team has made,” said Dr. Nik Sachlikidis, managing director at Orkney Shellfish Hatchery.

The release of the lobsters comes just after Orkney announced the success of its native flat oyster spat release.
“We are pleased to play our part in maintaining and replenishing native lobster stocks in the local waters and this release is a clear demonstration of how we aim to support the valuable local fishery,” said Sachlikidis.