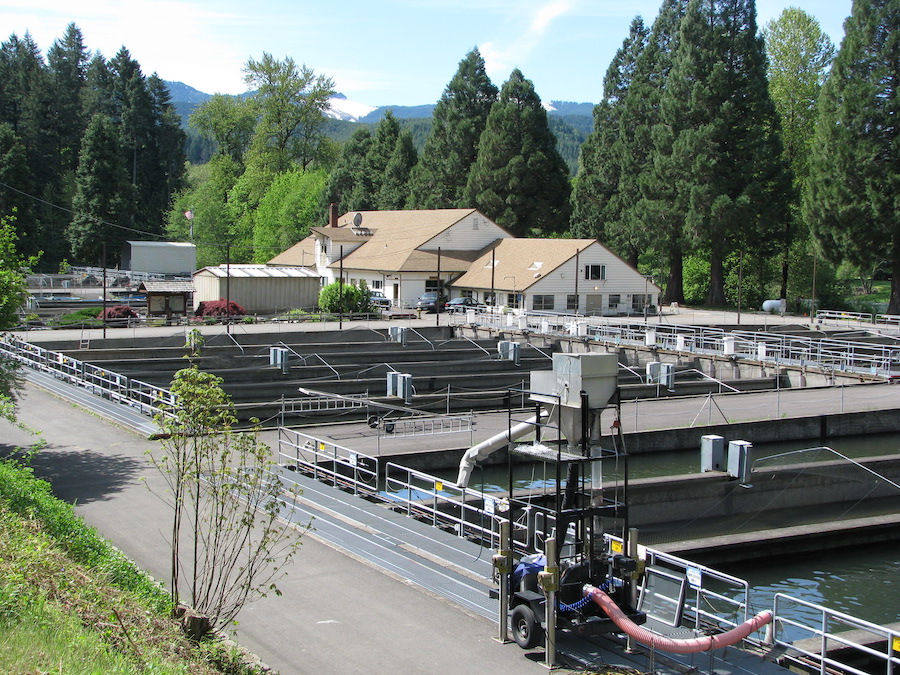 The Leaburg Fish Hatchery will be funded for the coming year, allowing operations to continue and more time to secure ongoing funding for the facility.

The 70-year old Leaburg Fish Hatchery on the McKenzie River in Oregon, U.S.A., was set to close  July 1st, when funding for the hatchery was not included in the state’s budget, but efforts from the community have given this hatchery a new lease on life.

After passionate efforts by the public and local politicians, the hatchery has been given a reprieve through an end-of-session “Christmas Tree Bill,” which provided $1.3 million to hatchery operations. This will effectively provide the hatchery another year to operate and to locate additional operating funds for the future.

Hatchery coordinator Ryan Couture said there was not much hope that the funding would be approved. However, the hatchery received loud support from the public, which he feels made a difference. Protests were held at the state capital, where members of the public spoke of how the hatchery provides fishing and educational opportunities.

“And it wasn’t just anglers associations,” said Couture. “We heard from those folks certainly, but it was also local folks and elementary school kids and other folks just from the local community that sent the message to the capital about the importance of the facility.”

One of the proposals to save the hatchery was to convert it into a state park. Proposed by Rep. Cedric Hayden, this idea would have allowed the hatchery to draw operating funds from state lottery income. Hayden described that proposal as a “last-minute hail mary,” and while it was not adopted by the end of this legislative session, it is one of the possible options that could be explored to fund the hatchery in the future.

“I do plan on meeting with the Department of Fish and Wildlife and the State Parks and Rec about that concept going forward,” said Hayden. “Maybe we’ll have something in a year or so on that conversation.”