Upgrades are nearly complete at the oldest federally owned hatchery in the United States. 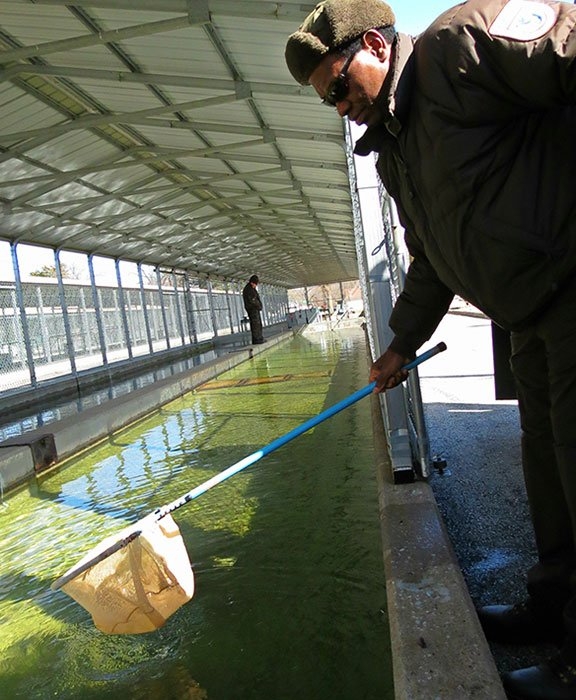 File photo shows Neosho Fish Hatchery manager David Hendrix gently letting the shiners go into their new home. The hatchery is the oldest federally owned hatchery in the US

Three of the six fishing ponds at the Neosho Fish Hatchery in Neosho, Missouri have been undergoing improvements over the past six months. One of the improvements to the new ponds will be sealed bottoms that will prevent water from leaking out of them, according to The Joplin Globe.

The hatchery was built in 1888, and the last time the ponds were improved was in the 1930s, said the report, quoting environmental education specialist, Bruce Hallman.

The hatchery houses primarily rainbow trout, pallid sturgeon and Topeka shiner, both the latter of which are federally endangered. The hatchery receives about 75,000 rainbow trout eggs at a time, five times a year, from Ennis, Montana. The fish are raised in the hatchery to between 9 to 10 inches before they are released into Lake Taneycomo in Branson, the report added.