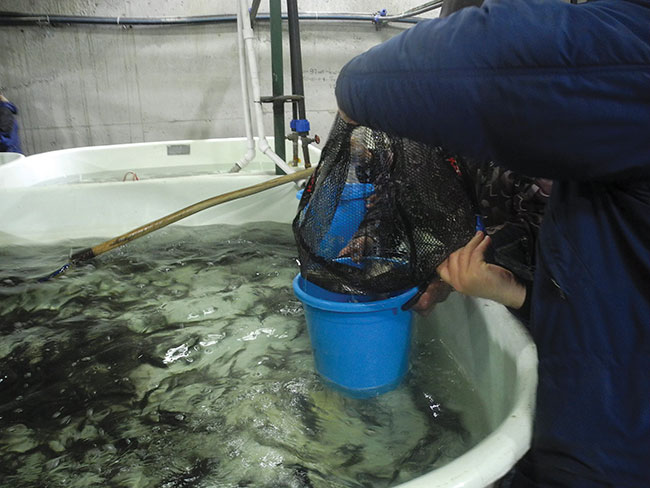 Nuclear plants in post-Soviet space keep using fish in cooling ponds, expanding its number and range in order to maintain a sustainable operation.

Just recently, the management of the Khmelnytskyi nuclear plant in Ukraine announced plans to release 202,000 units of carp (Cyprinidae) fry in its cooling pond to reduce biological interference in the operation of circulation systems. The fish fights well against algae, phytoplankton, and mollusks, improving the water quality, the officials at the nuclear plant explained.

The cooling pond at nuclear plants is a technical reservoir designed for cooling water from the nuclear power plant. The pond’s heated water is used to cool the steam turbine equipment and pipelines of the nuclear plant’s secondary circuit.

As explained by Svetlana Averina, the head of the biomelioration department at the Khmelnytskyi nuclear plant, the presence of fish in the reservoir is a technological necessity. Water for cooling heat exchange equipment must meet certain chemical and physical characteristics. Its optimal state can be maintained, along with other factors, by natural biomeliorators.

The grass carp can eat various algae and prevents the overgrowth of vegetation on the water surface. Silver carp can filter water, passing phytoplankton through the gills, which is its main food. Crucian carp also have their own food base, part of which is small mollusks, crustaceans, and the like. All fish in the cooling pond work to improve water quality and, consequently, the safety of operating power units, Averina said.

Stocking of cooling ponds is a common practice for nuclear power plants in Russia. The pond’s warm water causes an intensive growth of algae and mollusks reproduction, which may disrupt the water intake pump operation, clogging the protective systems of the plant’s technical water supply. Most scientists believe the fish from nuclear plants are safe for consumption.

There is no clarity whether the fish from the cooling ponds is safe for human consumption. In general, it is believed that this is the case. However, some Russian environmentalists warned over possible fish contamination with tritium – the most dangerous radionuclide for humans today – with a half-life of 12.3 years.