A project that explores the potential of growing European lobsters (Homarus gammarus) at sea in containers where they could grow bigger and healthier than those grown in hatcheries could open up commercial opportunities for farmers. 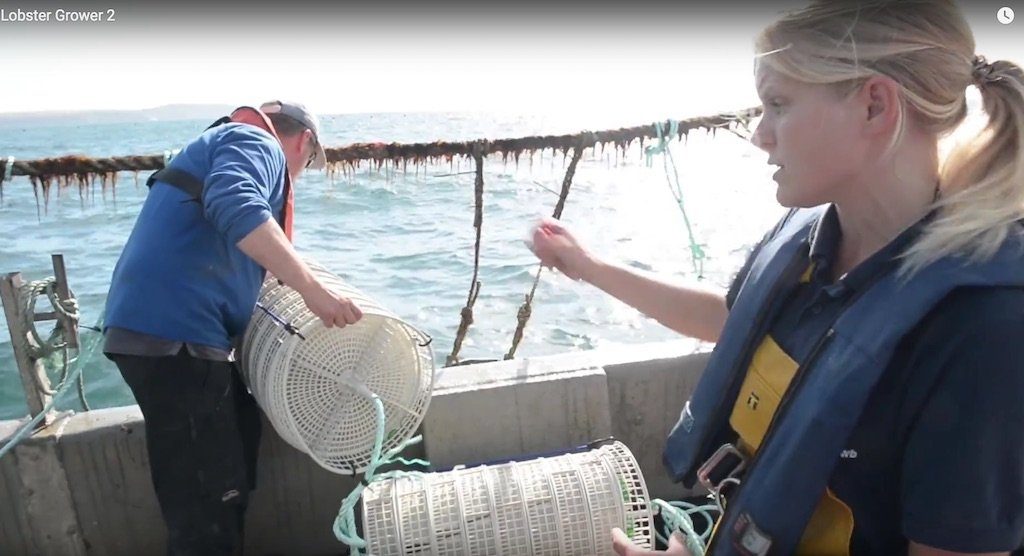 Until recently, the National Lobster Hatchery (NLH) in the town of Padstow, Cornwall grew lobsters in hatchery culture systems — hatching the larvae from egg-bearing females, raising them to a juvenile stage of development, and then releasing them back into the wild.

But under the Lobster Grower 2 project, the lobsters are transferred from the hatchery to the sea in cages so they grow bigger and healthier, giving them a better chance to survive in the wild, while getting acclimatized to their natural habitat. The method is called sea-based container culture (SBCC) system.

She said growing lobsters in SBCC systems boosts their chances of survival because they are exposed to the kind of natural conditions that they will encounter upon release. The lower levels of energy required to grow lobsters at sea potentially reduces the carbon footprint of the process, and their feeding on natural food sources instead of an artificial diet of fishmeal has less negative impact on global fish stocks.

It could open up commercial opportunities in the future by providing the seafood industry with a new product to complement the wild lobster fishery, added Boothroyd.

NLH has already reared more than 25,000 juvenile lobsters this way. “When the project ends in February 2019, we will have thousands of ecologically conditioned lobsters ready for release into the waters around Cornwall and the Isles of Scilly as part of our stock enhancement programme,” said Daniels.

NHL was awarded the Cornwall Sustainability Award for Best Contribution Towards Creating a Sustainable Food Economy from Nature to Plate for the project on December 1.