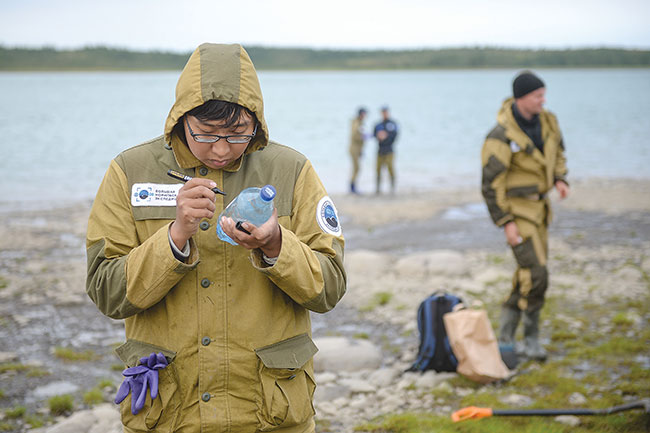 Russian state fisheries agency, Rosrybolovstvo, has filed a claim for 58.7 billion rubles (US $814 million) in damages from the world’s major nickel and palladium producer, Nornickel, over a devastating Arctic fuel spill in 2020.

Nornickel has already paid 2 billion rubles for environmental damage caused by the leak of 21,000 tons of diesel fuel at its power plant in Norilsk. Rosrybolovstvo explained that with the new claim, the regulator is seeking money to be spent on building three new hatcheries and put the cost of restoring the disturbed state of aquatic biological resources at 55 billion rubles (US $805 million).

In total, almost 9,000 tons of fish died due to the fuel spill in two rivers and one downstream lake. The new hatcheries would have to operate for at least 18 years to restore the fish population damaged by the spill, Rosrybolovstvo said.

The fuel spill primarily damaged the local population of grayling (Thymallus thymallus), whitefish (Coregonus muksun), and sturgeon (Acipenser sturio). The new hatcheries are expected to focus primarily on breeding these fish species. Their construction is expected to be started once the dispute with Nornickel is resolved.

Nornickel, however, argued that the estimates provided by Rosrybolovstvo were overstated and promised to challenge the filed claim. In addition, the Russian metal giant announced plans to completely restore the environment damaged by the Arctic spill by 2023. 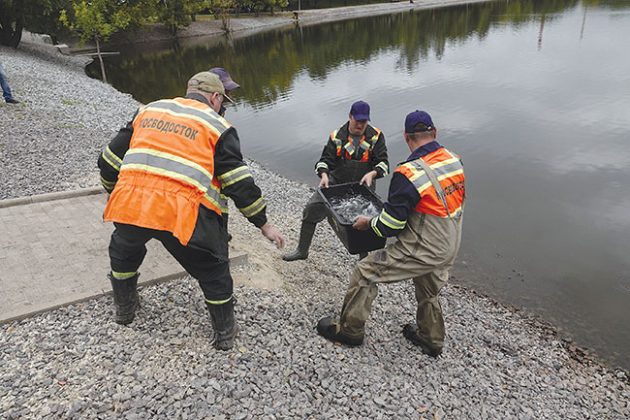 Besides, Nornickel, for many years, has been steadily working to restore natural resources, including restoring the population of valuable fish species in the regions where the company operates, the company said in a statement on its website.

There is no clarity whether Rosrybolovstvo would succeed in its claim. Vladislav Korneichuk, a lawyer at Savina Legal, said that there are similar cases when giant companies were forced to reimburse huge damages.

“Since the 2010 Deepwater Horizon disaster, BP has spent $21 billion in damages to victims, citizens, businesses, and government agencies. Likewise, the losses of the Fukushima-1 nuclear power plant operator where the explosion took place in 2011, exceeded $12 billion,” Korneichuk said.