A probiotic supplement that boosts the survival of oyster larvae exposed to pathogens is now ready for commercialization. 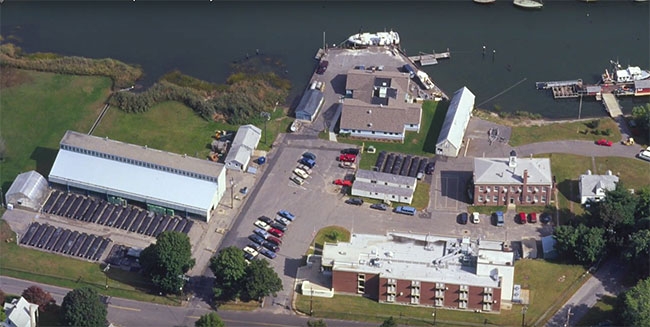 NOAA’s laboratory in Milford A probiotic supplement that boosts the survival of oyster larvae exposed to pathogens is now ready for commercialization.

Probiotic OY15 reached this stage after it was proven it could be cultured effectively and economically in large-scale production and produced in a stable formulation for future marketing.

OY15, a benign strain of Vibrio bacteria found in the oyster gut, was developed by microbiologist Diane Kapareiko and her team at NOAA Fisheries Milford Laboratory in Milford, Connecticut. Their goal was to help oyster hatchery managers boost the survival of Eastern Oyster (Crassostrea virginica) larvae and seed, and improve their defenses against bacteria.

Kapareiko said findings that OY15 is “safe for use with oyster larvae and with the microalgae they are fed with, and that it is safe to be handled by humans in commercial hatcheries,” also helped advance OY15’s development.

Early trials showed it improved oyster larvae survival in their first weeks of life by 20 to 35 per cent. Pathogens that spread through a commercial oyster hatchery can wipe out the entire crop, resulting in financial loss. Reducing this loss benefits industry and increases the supply of sustainable seafood in the U.S.

“We’ve taken the OY15 probiotic to the point where it’s now ready for the industry to turn it into a product,” Kapareiko said. Envera LLC, which produces microorganisms and microbial strain, mostly for the shrimp and finfish farming industry, helped NOAA create a freeze-dried powder form of the OY15 probiotic. Envera, however, opted not to take on the task of further developing the product into commercial form. But Kapareiko is hopeful that others in the industry will be interested.

“We, as scientists, have taken the OY15 probiotic as far as we can. What we now need to do is to reach out to companies to do commercialized probiotic products,” Kapareiko said.

She is uncertain as to when the product will reach the market as that will depend on whether companies decide to produce it, she said.

“If it were to go commercial, in a perfect world, if we had a company that said yes and went forward with commercializing it, it could possibly be another couple of years before it reaches the market.”

Tom Hashman, director of business development for Envera, noted there are hurdles for getting the Food and Drug Administration to approve any probiotic, and a Vibrio-based bacteria might present additional hurdles.

While this particular Vibrio strain is confirmed benign and has shown it can be a “good” bacteria boosting the oyster’s immune system and is safe for humans to handle, harmful Vibrio strains known to be human pathogens can cause serious illness and can be fatal to an immune-compromised person.

The next step is to test Envera’s own probiotics for shrimp on actual oyster larvae growing in NOAA’s Milford lab hatchery. This is planned for this summer. “The baby oysters always tell the truth,” Kapareiko said.