A research effort in New Zealand has made a breakthrough in the early rearing of greenshell mussels. New Zealand’s mussel farming industry is worth $350 million to the nation’s economy, but utilizes largely wild-caught spat. Rodney Roberts, programme manager for Shellfish Production and Technology New Zealand Ltd (SPATNZ), says the research at their hatchery in Nelson should make the process much easier for farmers and place less stress on local stocks. 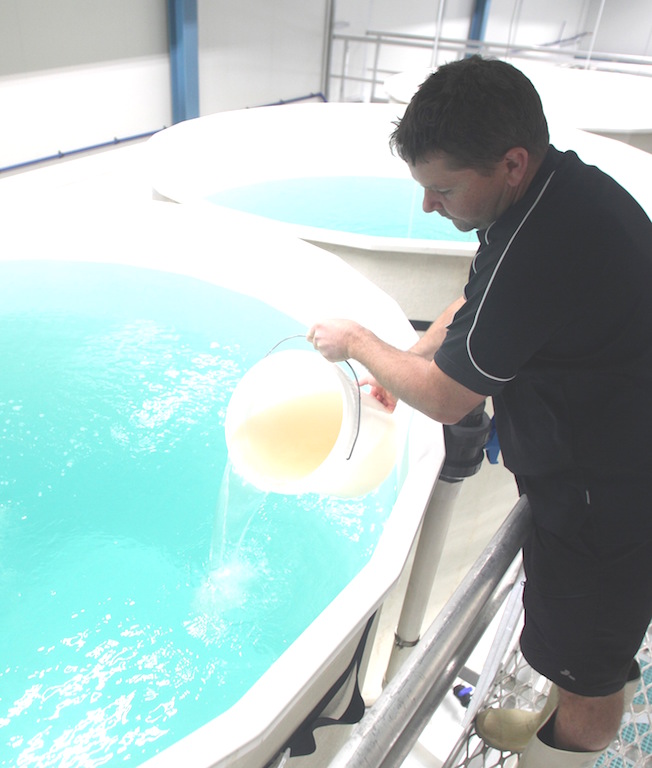 “The New Zealand mussel industry still relies on wild spat as a source for juveniles,” says Roberts. “There are times when they don’t turn up when they want them to, or they don’t get enough of them if they do turn up. The reason for our project is to take control of their production and implement selective breeding for the industry.”

Roberts says that early life stages and larval rearing have always been a challenge with the greenshell species. Research into how best to rear larval greenshells has been in the works for many years. After extensive experimentation they have discovered a combination of lighting, temperature and small sound vibrations which seems to work well for the mussels.

“It’s a whole combination of small aspects and a process of continual improvement,” says Roberts. “Over the years, we’ve been getting better and better at doing what we do.”

While there are aspects of SPATNZ’s work which could likely be adapted to benefit other species and other processes around the world, for the time being their work will stay on the island. The research was funded through a seven-year Primary Growth Partnership between the government’s Ministry for Primary Industries and the seafood company Sanford, specifically for the benefit of the New Zealand mussel industry.

“We’re not planning any moves to share that offshore,” confirms Roberts. “But, within New Zealand, the techniques and facilities could be used for most shellfish species. Having said that, the greenshell mussel seems to be far trickier than blue mussel or oysters or other species that are widely cultured.”

The SPATNZ hatchery in Nelson, New Zealand, also saw an evolution over the course of the project. After successfully achieving their first stage target of developing batches at 1/3 scale, the company did a refit and added an extension on to the facility.

“As part of that, a lot of little things changed that we think have made quite a bit of difference to the seafood facility,” says Roberts. “Every batch since September has been a new record for the scale and number of larvae that are produced through the system.”

Once the harvest target of 30,000 tonnes is achieved, there will surely be another target beyond that. But Roberts says they are not getting ahead of themselves.

“Once we get there, I’m sure there’ll be talk about how we get to the next target and how does that happen,” says Roberts. “There’s already talk about other species we could use. But in the meantime, we don’t want to lose our focus too much on that primary goal of supporting our well-established greenshell mussel industry.”