East Hampton Town, New York, U.S.A, is planning a $5-million project to consolidate the town’s shellfish hatchery and nursery operations into one facility on Three Mile Harbor. The town’s director of aquaculture, John Barley Dunne, said the original plan when his department started in the 80s was to build a nursery at the same location as the hatchery, in Montauk. However, due to lower nutrients and colder ocean waters at the Montauk site, the nursery was established in Three Mile Harbor. 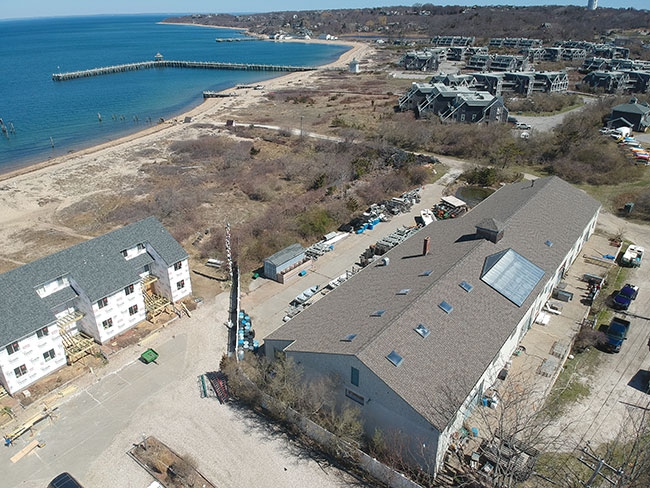 “Right now, the hatchery and nursery are about 20 miles or a 30-minute drive apart,” Dunne said. “You can imagine, just driving back and forth between those sites takes a lot of time, fuel, labor and, of course, it adds stress to the shellfish. It doesn’t affect the oysters and clams so much because they’re so much hardier, but we do think that we’ve lost a significant number of scallops moving them that distance.”

Officials have looked for a workable solution for decades, but last summer a property directly next door to the nursery was put on the market and the town jumped at the opportunity. The plan also includes the purchase of a nearby home, which will serve as an office space and an aquaculture education center. The new location will also provide some additional benefits, like allowing residents easier access to educational programs such as their oyster gardening program, where participants get to grow their own oysters.

“It’s more centrally located in town,” Dunne said. “It’s kind of right in the middle of the Town of East Hampton. And just having the hatchery and nursery on one site would really add to our educational programs, so we could do hatchery and nursery programs all at once.”

While a specific design for the new facility has not been finalized, Dunne said that the plan in general is for a two-story, 4,000 to 5,000-square-foot building, with algae growing upstairs, gravity feeding to the tanks downstairs.

With the closure of the land sale in late October, the town awaits approval of a grant which will help cover the costs of designing and building the new hatchery. The grant decision was due in December. Dunne says the hatchery has previously received grant funding for an updated and more efficient algae system and a solar-powered, paddle-driven upweller system, which will both be transferred to the new site when the time comes.