The Norwegian firm of Niri recently announced the establishment of a large land-based salmon RAS in Scotland. 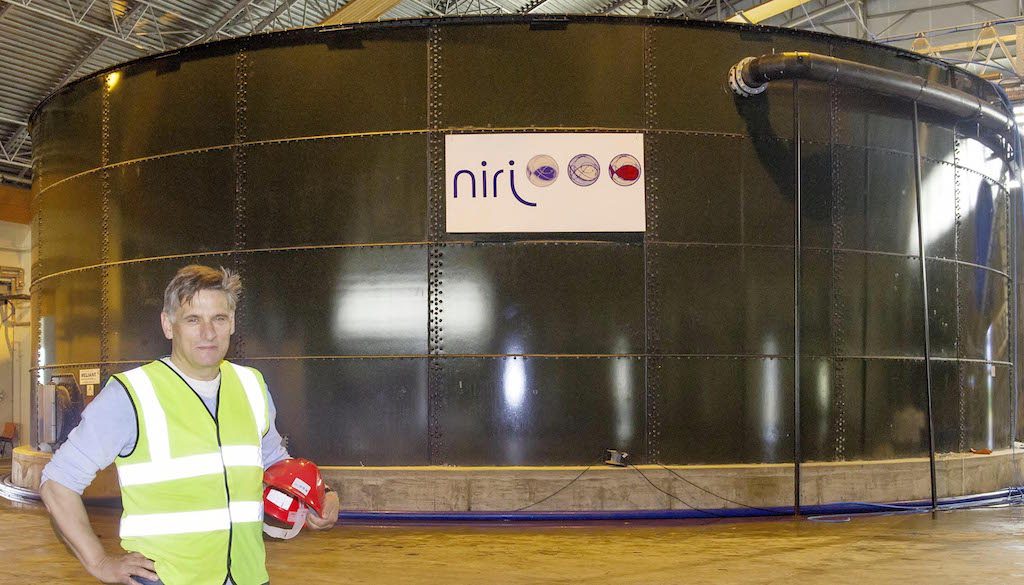 Niri designed, tested, built and most recently started production in the new recirculation system for growing large quantities of salmon in glass-coated steel tanks at a hangar in a former NATO airbase at Machrihanish near Campbeltown on the west coast of Scotland.

Niri’s CEO, Arve Gravdal reported that the company has constructed and put into operation what it claims to be “the [world’s] biggest land-based tank for growing full-size fish.” This 1,600-cubic-metre circular tank has been stocked initially with some 26,000 salmon smolts obtained from Landcatch.

Niri spokesperson Bob Bird told Hatchery International that unlike other designs, the Niri RAS cleans and recycles water within each tank, without pumping it out to be cleaned and subsequently returned to the tank. This amounts to a major saving in energy costs. According to Niri, the system is easy to build and operate, and will produce large quantities of fish of the same size – obviating the need for “handling,” sorting and grading, right through to harvest

“Our system is unique,” said Gravdal in the company statement. “What we have done in Scotland is to prove that our technology works and that we now can build industrial-scale salmon farms anywhere in the world.”