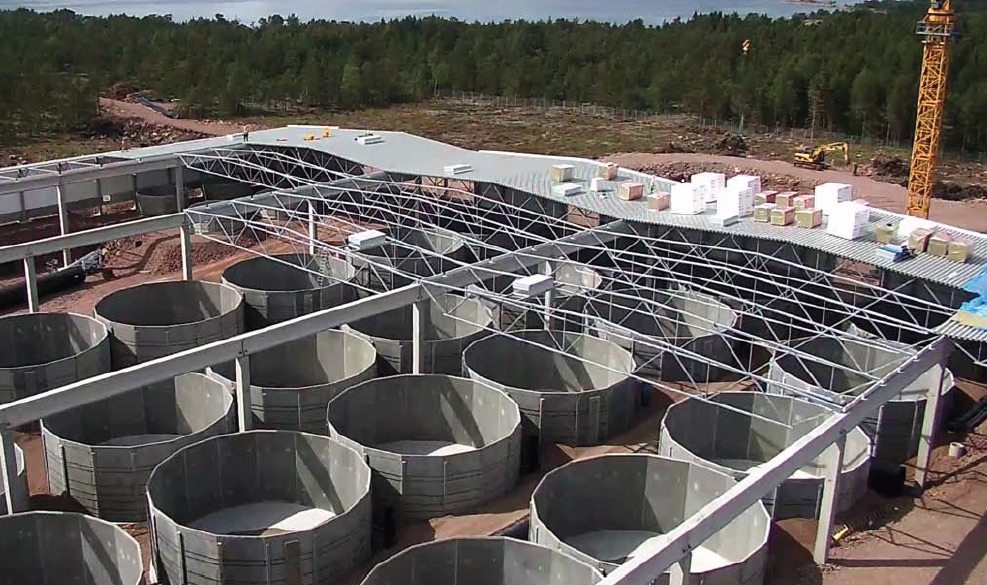 A new recirculation hatchery and farm in Finland expects its first steelhead trout eggs to arrive by the end of the year, beginning what is hoped will be the successful first step in rearing the fish to harvest by the end of 2016.

AKVA group Denmark A/S, a wholly owned subsidiary of AKVA group ASA, entered into a contract last year with FIFAX AB, based in Åland, for delivery of land-based recirc (RAS) technology for a total value of EUR 8.1 million ($8.8 million USD).

“We have discovered overtime that just delivering the technology isn’t the best way to build these systems,” AKVA group’s Western Europe business director for land-based aquaculture Jacob Bregnballe told Hatchery International. “We enter into this type of contract to also deliver engineering knowledge and expertise as well.”

FIFAX, which is an abbreviation of FiskFabriken, was incorporated in 2011. The new facility located on the Aland Islands, is funded by private and public investment as well as the European Union (EU) fisheries fund.

Bregnballe explained the annual production volume will be about 3,000 tons of fish and that the facility won’t house its own broodstock but will source its eggs from regional producers.

“There are very good suppliers in the area and we have the flexibility to get eggs at various stages of development which means we will be able to pick and choose depending on our own annual production schedule,” he said, adding the first eggs will be in the medium to late stage of maturation.

At full production the new facility will start rearing egg batches every other month, or six times a year, he added.

The EU consumer market for trout for years has been very resilient, according to analysts. The top three trout producers in Europe are Turkey, Denmark, and Sweden.

The largest trout consumer markets are Germany, followed by Italy and France.

FIFAX executives are banking on consumer demand to make the new facility a success.

AKVA’s Bregnballe said that the total number of employees will be around 14 people when the full facility is up and running.