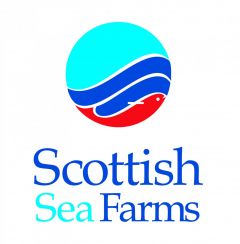 Scottish Sea Farms plans to build a recirculation smolt facility near the town of Oban in Argyll at the former Marine Resource Centre Barcaldine.

The company recently announced that the new facility, with a price-tag of £35 million ($46 million) will expand its smolt production from five million to 11 million.

Scottish Sea Farms (SSF) said the investment was part of plans to invest a total of £70m ($92m) in improving and maintaining its existing sites and acquiring new ones over the next few years.

Planning permission is still required for the project, but the company hopes the hatchery will be up and running in 2019.

SSF, which is owned by SalMar and the Leroy Seafood Group of Norway, said it would embark on a consultation with the local community over its plans.

“Scottish Sea Farms has ambitious plans for sustainably growing the volumes of salmon we produce to meet increased demand across the world for premium Scottish salmon,” said Jim Gallagher, Managing Director of Scottish Sea Farms. “As part of this, we have been evaluating locations around Scotland to build and develop our freshwater business, and I am delighted that we have found a site that offers an ideal location for this investment. Logistically, it provides everything we want in terms of power supply, freshwater and connection to the sea, and it is close to our existing activities around Oban.”