Trū Shrimp Company, a division of Ralco, is going to build its first hatchery next to its shrimp farm, or harbor, in Luverne, Minnesota. 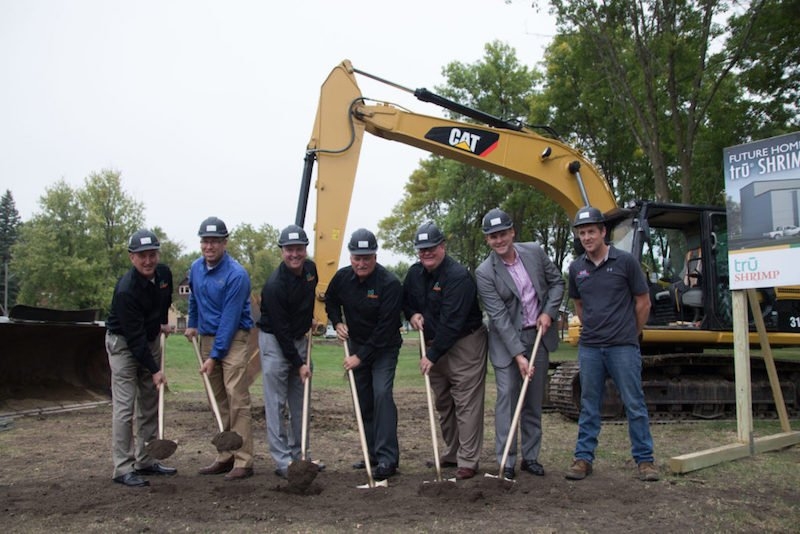 Michael Ziebell, President and CEO of Trū Shrimp Company is cited as explaining that “… an engineering and process breakthrough enables the hatchery and harbor [farm] to share the same campus [location]”. The company had initially planned to build its hatchery 70 miles away in Marshall, Minnesota.

The result will be a $100 million investment in Luverne, where the facilities will be able to share the same water-treatment facility. The 60-acre Luverne campus will house the 12.8-sq-meter (42,000 sq ft) hatchery, a free-standing water treatment facility, and the enclosed 3.6-hectare (9-acre) Luverne Bay Harbor.

The inland farm, located in one of Minnesota’s most southeastern counties, is expected to employ 60 people. According to a report from the area, crews were at the site at the end of October taking soil borings in preparation for construction. Construction of the water treatment facility, harbour and hatchery is slated for completion in 2018.

As far as plans for Marshall it is still very much in the picture for future expansion of Trū Shrimp. Ralco, which supports large segments of the livestock, poultry, aquaculture and crop industries in 20 countries, is working on consolidating executive and support services in Marshall. As well, Trū Shrimp is building the Balaton Bay Reef Training and Engineering Center, a multi-million-dollar facility, in Balaton.