Although Troutlodge dropped its marine division in Florida after its merger with Hendrix Genetics, the hatchery is still up and running under the name ProAquatics. The facility currently breeds pompano and ornamentals. 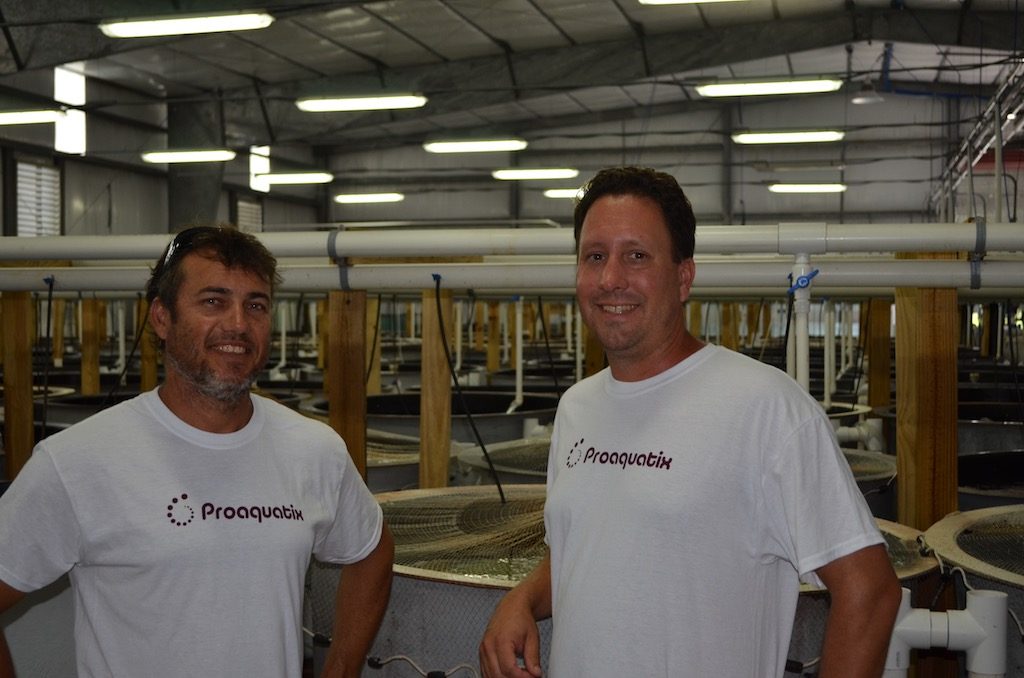 In late 2008, the salmonid breeding giant Troutlodge expanded its marine finfish division by establishing a presence in Vero Beach, Florida through the purchase of Great Bay Aquaculture’s cobia broodstock and facilities. There they produced cobia eggs and juveniles for sale to on-growing farms throughout the Americas. In addition to work with cobia they also began producing eggs and juveniles of Florida pompano (Trachinotus carolinus), as well as selling marine fish ornamentals through the ProAquatics division.

However, in 2014 Scotland-based Landcatch, US-based Troutlodge, and Hendrix Genetics signed a Memorandum of Understanding (MoU) where Landcatch would own 45% of Troutlodge and expand its global salmon and trout production capacities. After the dust settled following the deal, Troutlodge dropped ProAquatics as a division, leaving the facility to operate as a separate entity.

Eric Wagner, Manager and Director of Sales at ProAquatics, was there in the beginning and is still at ProAquatics running its ornamentals breeding.

“Marine species with ornamentals has been our best business,” he said. “We’ve ramped up the ornamental business every year since.”

“Pompano now but if someone is interested in Cobia we will do it,” Wagner said.

The ProAquatics hatchery is currently going through a transition, according to Wagner.

“For many years we had flow-through from the ocean waters, supplemented by recirculation systems on the beach site,” he explained. “We also share our in-house site where we have a full recirculation aquaculture system where we house month-old and six-month-olds until they’re sold.”

The seaside broodstock facility in Vero Beach contains 26 tanks which utilize seawater pumped directly to the facility from the nearby Atlantic Ocean. Here, the crew is able to produce eggs using a research-based broodstock program. The hatchery has a capacity of several million eggs per year.

The land-based facility in Vero Beach is a fully-enclosed marine hatchery containing six tanks that utilize a recirculation system to maintain water conditions for rearing fingerlings. The facility is designed with one purpose in mind – to produce the highest quality marine finfish juveniles. It has a capacity of 400,000 cobia juveniles per year, although for now the facility supplements the rearing and growout operations for the ornamentals business.

Wagner’s team feels confident about the future of their ProAquatics hatchery operations in Florida.

They’re focused on the future, looking and hoping for offshore fish farms in the Gulf of Mexico, looking to grow cobia or pompano, or any other marine food-fish fingerlings they can sell to start-ups in the Gulf.

“Absolutely! That would be wonderful. Though most fish farmers want to spreadsheet their business and do their own hatchery production, some start-ups will be looking for regional hatcheries that can provide marine food-fish ready for growout,” Wagner added.