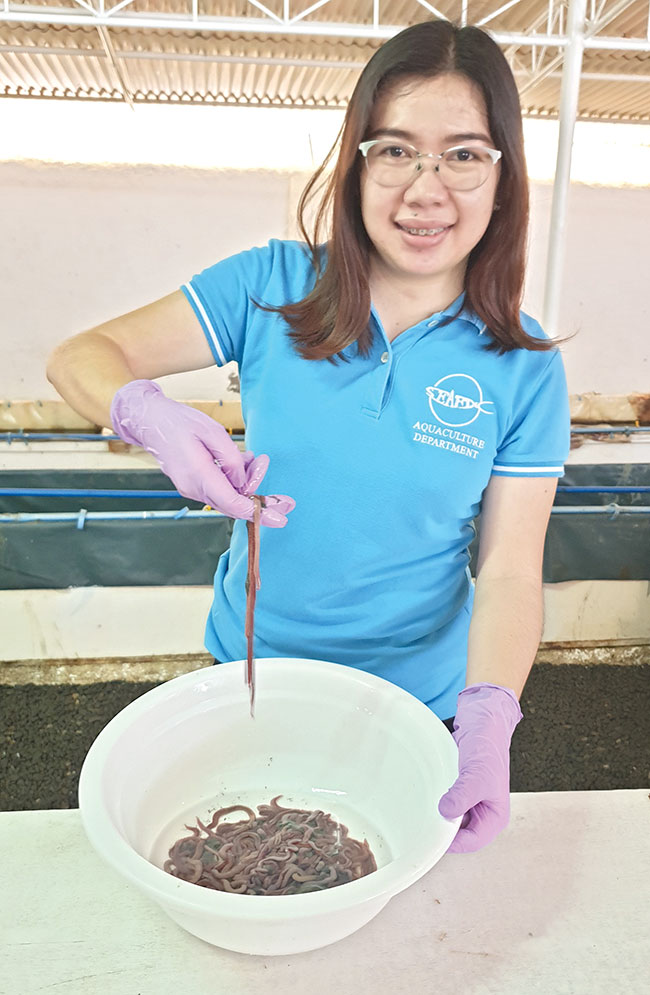 The Southeast Asia Fisheries Development Center (SEAFDEC) in the Philippines has started culturing the newly identified mudworm species, Marphysa iloiloensis, which has the potential of being an outstanding supplemental natural food for crab and shrimp broodstock.

The development of a reliable culture technique for aquaculture use is important to lessen dependence on wild stocks and produce a disease-free and sustainable supply, said Mary Anne Mandario, associate researcher at SEAFDEC and part of the group behind the identification of the species in September 2019.

Named after the province of Iloilo, where it was discovered, the mudworm species, is a natural food for shrimps and crabs. “They naturally inhabit the mangrove mudflats, where mangrove crab breeders and juvenile shrimps feed on them. Since they are a natural part of the diet of shrimps and crabs in the wild, they may have strong acceptability and digestibility traits compared to other natural food,” Mandario says.

The mudworm contains 60 to 70 percent crude protein and 10 to 14 percent crude fat. Polychaetes, in general, are used as maturation diet to improve the reproductive performance of crustacean broodstock. Improved reproductive performance means higher fecundity, fertilization and hatching rates which correspond to a higher production of healthy crablets and shrimp post-larvae.

In 2019, SEAFDEC produced five kilograms of the mudworm, which is enough for one-time feeding of about 1,390 shrimp (Penaeus monodon) broodstock. From said volume, two kilograms of mudworm were supplied to the shrimp hatchery for experiment use while the remaining were used as broodstock in the polychaete hatchery.

“This is important to be able to establish a feeding protocol of M. iloiloensis to shrimp and crab breeders,” she explains. 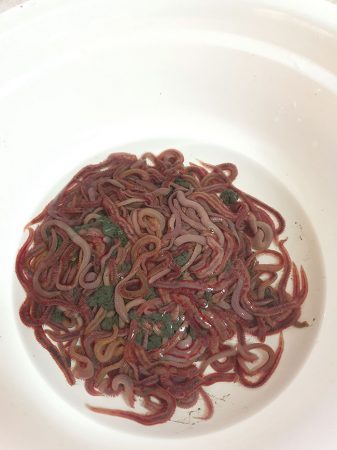 Being a natural part of the diet of shrimp and crab in the wild, M. Iloiloensis may have strong acceptability and digestibility traits compared to other natural food.

This production came from a 14-sqm culture area. A bigger area is needed to scale to commercial production and meet the demands of crustacean hatcheries. She likewise stresses, “Continuous refinement of culture protocol should be done to further improve the production in the grow-out.”

Mussel, squid, and sandworm are commonly used as supplemental diet for shrimp and crab broodstock. Since mussel and squid are also human food, aquaculture requirements compete with human consumption. Sandworm, which is commonly cultured and sold worldwide, dies after spawning. The mudworm is capable of reproducing throughout its lifetime.

Its larvae and juveniles can be used as feed for juvenile fish and for ornamental fishes. Alive, the mudworm can be used as bioremediators of organically-enriched fish pond sediments and coastal harbors.