A recently launched Atlantic salmon producer plans to build a network of land-based RAS farms across Europe, Asia and North America with a projected annual production capacity of 260,000 tons of fish. 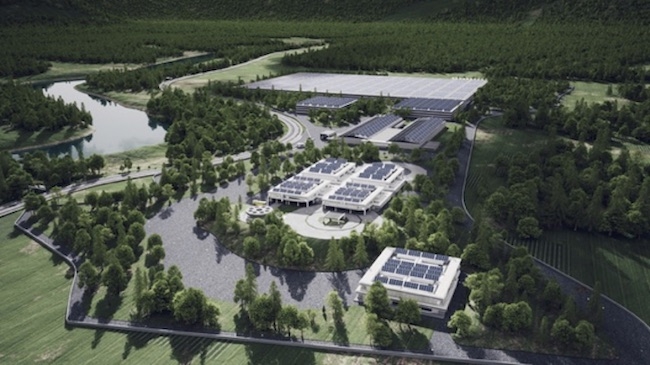 Singapore-based Pure Salmon has its first RAS facility already operational in Poland, producing adult-size Atlantic salmon weighing 5 to 6 kg, the company said in a statement. The Poland facility serves as a proof-of-concept as well as a research and development, and global training location for Pure Salmon, and will produce 580 metric tons of Atlantic salmon per year.

A more ambitious second facility will be constructed in Japan, backed by a US$162-million investment. Dubbed, Soul of Japan, the facility will be a “state-of-the-art RAS salmon farm that will be the largest ever built in Asia,” the company claims. This 137,000-square-metre farm will produce up to 10,000 metric tons of Atlantic salmon per annum and will be fully operational beginning in 2021.

“With further planned roll-outs of large-scale facilities of 10,000 tons or 20,000 tons production per annum in the U.S., Europe, China and around the world, Pure Salmon’s launch is the most ambitious of its kind for land-based salmon farming, generating hundreds of local jobs and helping solve the global fish shortage,” Pure Salmon said in a statement.

“We’re delighted to be launching what is the most exciting global development in land-based Atlantic salmon farming,” Stephane Farouze, chairman and founder of 8F, said in a statement. “We believe that RAS technology will be the leading driving force for growing salmon in a resource-strained world, where producing sustainable food without further damaging our oceans is paramount.”