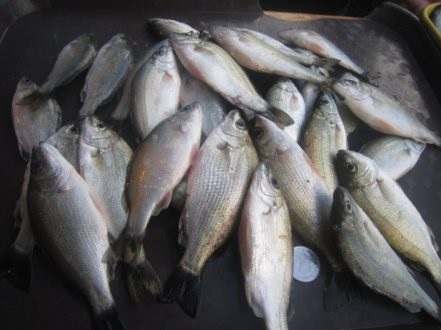 Prized for its tasty flesh, the silver therapon (Leiopotherapon plumbeus) ranks high among the list of Filipino freshwater fish. Unfortunately, the species has been in steady depletion and the market price of the fish has been going up.

“Silver therapon, locally known as ayungin, is regarded as one of the most valuable edible native freshwater species because of its tasty flesh,” Dr. Frolan A. Aya, a scientist of the Southeast Asian Fisheries Development Center (SEAFDEC) was quoted as saying in the aquaculture centre’s Web site. “Despite the declining trend in wild stocks of silver therapon, demand for this food fish species remains high.”

Ayas has come upon a solution to save the silver therapon from extinction. His technique was granted a patent by the Intellectual Property Office of the Philippines (IPOPHIL) earlier this year.

The hatchery technology, just like other technologies developed by the Aquaculture Department (AQD) of SEAFDEC, will be available for free to fish farmers interested to venture into silver therapon culture.

The hatchery protocol developed by Aya can support the Philippine government’s program to rejuvenate the freshwater fish population.

“It is also my plan to do the commercial production as well as the development of nursery and grow-out technology for this important fishery resource,” Aya said.