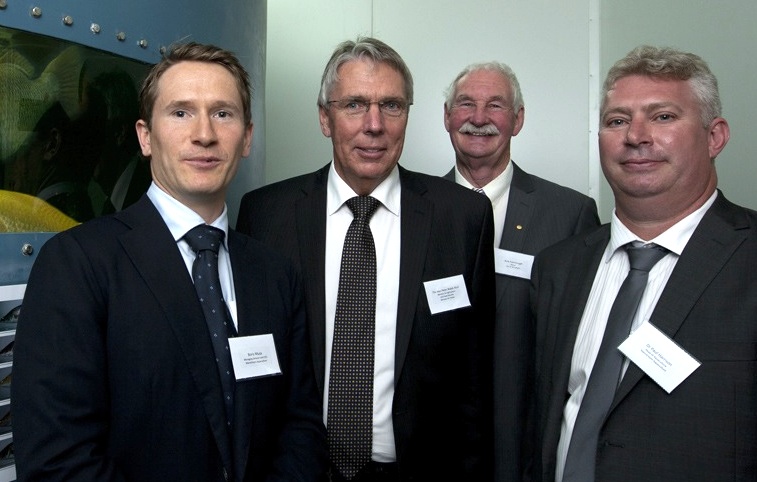 Barramundi (Lates calcarifer) is fast becoming a species that is farmed globally, and MainStream is at the forefront of that development. The 500m2 facility has been designed to spawn barramundi year-round, thus providing a continuous supply of fry to the company’s clients in 14 countries on four continents. CEO Boris Musa said that based on current barramundi production they would be able to spawn 50% of the world’s viable seedstock.

Barramundi have proven to be extremely farmable and can be produced in a wide range of aquaculture systems, particularly in recirculation units. This is an important advantage in the face of the extreme weather events associated with climate change that have adversely affected open farming systems, and put pressure on global food security. Barramundi also have market appeal across a wide range of cuisines, including sashimi.

From the more than 200 family lines originally identified by the team at James Cook University (JCU), Townsville, led by Drs. Rocky Denys and Dean Jerry, several breeding families (including a cohort of golden barramundi) have been selected as candidates from which to develop further selection trials. And based on Mainstream’s farm records, the fish from these combinations have proved to be superior in growth consistency, hardiness and with a body conformation that has yielded better filleting percentages.

Interest in MainStream’s improved seedstock has been widespread: there were contingents at the opening from Saudi Arabia and Malaysia, two countries to which fry have been exported.

The hatchery was designed by the MainStream team and incorporates innovations for ease of handling, and the comfort of both fish and staff. Every effort has been made to reduce noise and cushion vibration. All air and water lines are either under the floor, led through the walls, or in the ceiling. Drainage is underground. The plan allows ergonomic simplicity and each function of the hatchery can be quarantined independently if necessary.

The four 20,000-l broodstock conditioning tanks are housed in isolation rooms with their own water supply and bio-filtration system. Marine water is brought in by tanker from nearby Port Phillip Bay, and purified before being released into the system.

Temperature and daylight can be manipulated to emulate seasonal conditions consistent with natural breeding triggers. The two larval rearing rooms have 6 x 2,000L and 7 x 1,000L tanks and each room has its own water purification system consisting of a bank of eight 400W UV tubes, two 100m2 sand filters, four de-gassing towers and a protein skimmer.

Founder & Head of Aquaculture, Paul Harrison, in thanking his staff for their efforts over the years and in getting the $10m hatchery completed ahead of schedule and under budget, recognized the importance of their teamwork and commitment to the success of the grow-out farm and now the hatchery.

Chairman Michael Harrison acknowledged the faith that Commercialization Australia and the City of Wyndham had shown in the project:  “The encouragement and assistance we have received from all levels of government has contributed in no small way to the success of this project over the years.” he said.