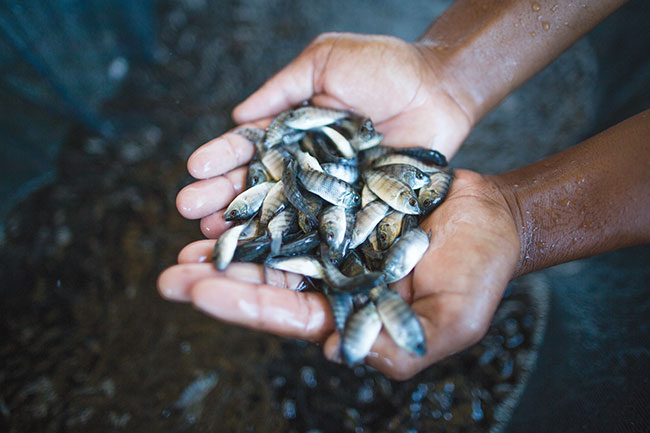 BernAqua developed a range of nursery feed adapted to various species of fish and shrimp, and its first nursery feed of this new generation is a premium feed for tilapia.

In its natural environment, tilapia is omnivorous, and at early life stage, it feeds mainly on phytoplankton and zooplankton. BernAqua’s feed is adapted to the natural metabolism of the animal with a balance between animal and plant components. Some algae ingredients are also added in the formula.

To counter the impacting effects of stress, and consequently reduce use of chemicals and drugs, BernAqua has developed a feed concept that improves digestibility of feed: Life Defense.

Life Defense is a blend composed of feed additives intended to help the fish to better cope with disease stress. It is a triple action formula acting at the intestinal level which finality is to improve absorption of nutrients during stress events, and optimize global gut function. In this nursery feed for tilapia, WeaN Prime, BernAqua has adapted the composition of this feed additives blend to support technical and economic performance at the farm level.