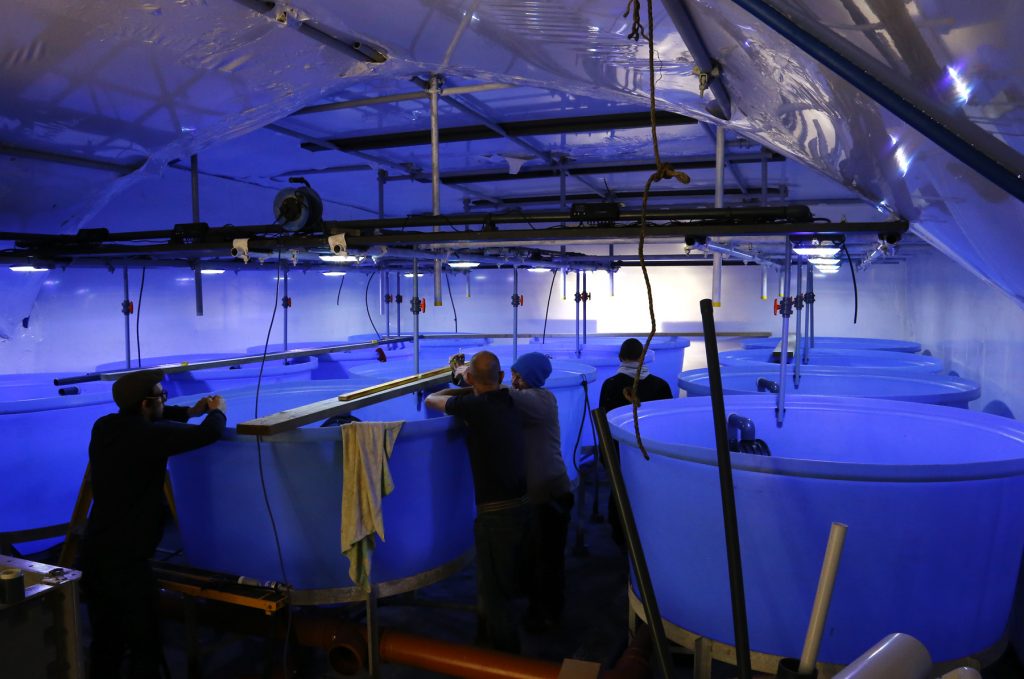 UK-based Tropical Marine Centre, also known as TMC Commercial, reports that it has made significant improvements to its optimised low-energy lighting for aquaculture. The system provides biologically optimised light by matching the spectrum, intensity and photoperiod to the known photic requirements of different commercially important species. The system was first described in HI last year (see The beauty of blue – July/August 2014)

Giles Westcott from TMC’s lighting division reports, “We currently have active trials running in the United Kingdom, France, The Netherlands, Greece, Spain and Portugal, covering multiple species including sea bass, sea bream, turbot, sole and the lump sucker being cultured to control sea lice in salmon cages. For us, the most important thing is that five out of the six commercial companies involved have either extended or committed to extend the use of our lighting in their facilities.”

Aside from reductions in lighting-related energy costs of up to 60%, TMS says that trial sites are reporting biological gains such as increased larvae size, faster weight gain, more homogenous distribution and reductions in stress-related mortalities.

“Customers also reacted positively to the rugged, modular format of the lighting units, a factor that made retro-fitting quick and easy, with minimal production down-time,” adds Westcott.

The new BioLumen Control system provides a simple user interface, where intensity, day-length and L/D transition can be set to the precise requirements of the culture species at each stage of development.

The system also includes the ability run multiple protocols at the same time. These can be either a fixed L/D cycle or set to match relative output to track the seasonal photic profile of any given latitude/longitude. One unique feature, says Westcott, is that it not only tracks seasonal shift in day-length, but can be configured to track the relative change in midday intensity between summer solstice and winter solstice, something that could prove useful in entraining broodstock cycles.

For more information go to: www.tropicalmarinecentre.co.uk