The Bulkley River, a tributary of the Skeena River in British Columbia, Canada, will be getting a modest boost in salmon production through construction of a new hatchery. 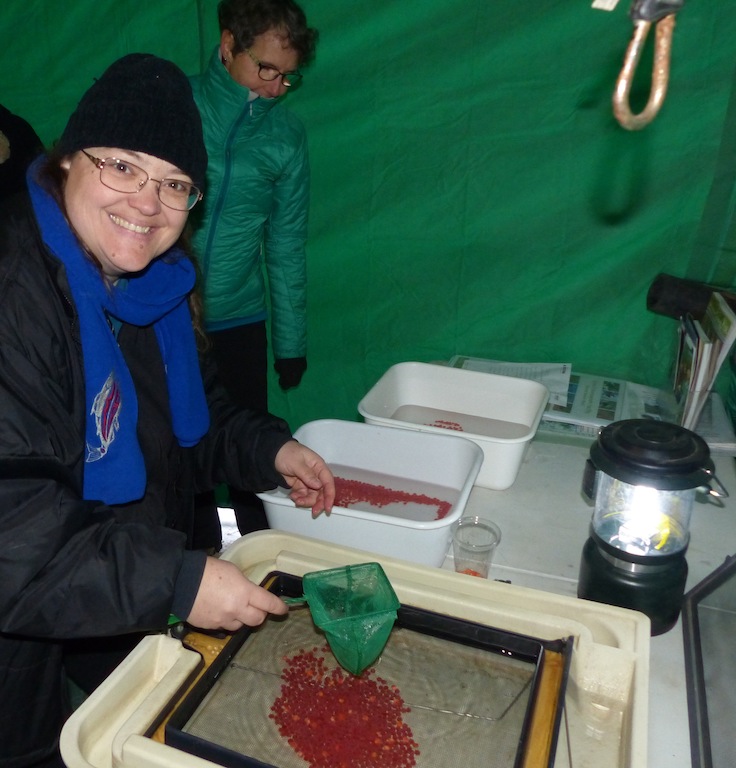 The project is organized by the Christian-centred A Rocha Canada, an international conservation and community-engagement organization, The organization’s representative in the local township of Houston is Cindy Verbeek. She has been helping the Upper Bulkley River Stream-keepers, local contractors, and a growing list of volunteers construct the facility.

Verbeek said it’s a pilot project that began almost two years ago and saw the release of 4400 coho fry (Oncorhynchus kisutch) into the Upper Bulkley earlier this year. A that time a group of volunteers built a small pilot-scale hatchery and bred two female coho and four males taken from the river. The fish yielded about 6,000 fertilized eggs for incubation in Heath trays.

The new unit, which was scheduled to open towards the end of September, measures six metres by nine, and has all the necessary amenities. It will be limited to produce a small number of fry this year but will be able to accommodate much larger numbers of eggs and the equipment to hatch and rear them in the future.

Phase two of the project involves expanding the facility, allowing for the creation of the nature centre and environmental education centre.

The main object, Verbeek said, will be community engagement that addresses the needs of the fish in the Upper Bulkley River. Houston residents are very much attuned to salmon as part of their central culture

Verbeek outlined a list of problem faced by the seriously-depleted salmon stocks in the watershed These including a former silver, extensive logging, the installation of a railroad line that affects parts of the main stem, and ongoing problems with cattle farming that runs to the river’s edge.