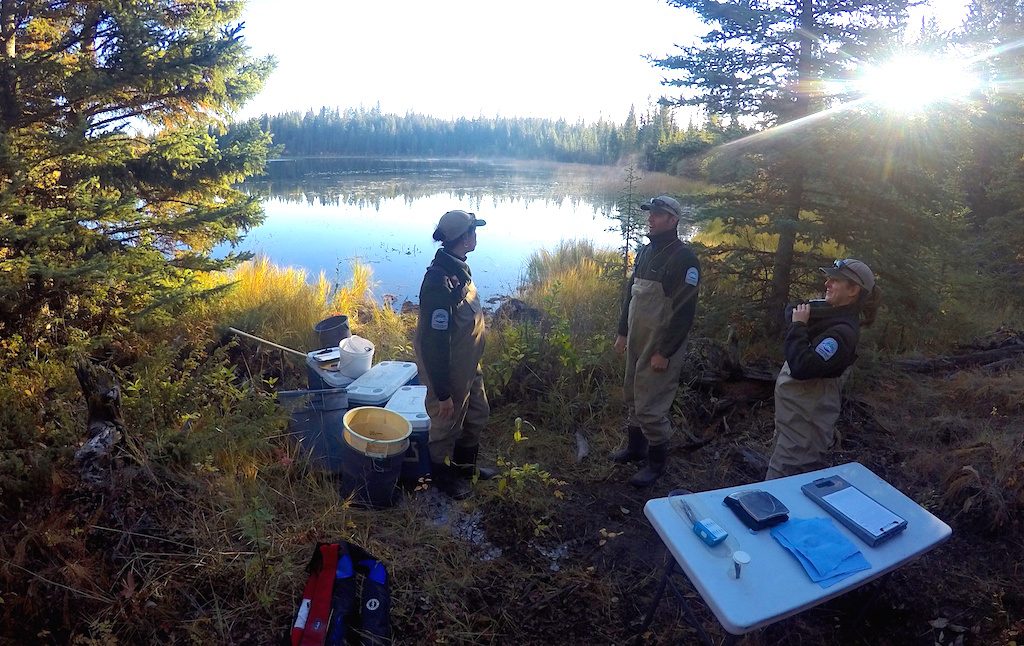 Dr. Patricia Schulte, professor in the Department of Zoology at the University of British Columbia, is leading an interdisciplinary team that will use genomics tools to assess genetic diversity in wild rainbow and steelhead trout and identify appropriate strains of fish for improving the effectiveness of stocking programs. The team is working together with hatchery managers in both government and industry.

Genome British Columbia (Genome BC), a major funder of the project, notes that record high temperatures in rivers and streams during summer 2016 forced temporary closures of popular fishing locations, and within the next 50 years, more than 30% of habitat for cold-water fish like rainbow trout and steelhead are projected to be negatively affected.

“This has the potential to impact Canada’s $8-billion recreational fishing industry and the many jobs it supports,” the organization states. “In order to manage these impacts, we need to better understand why some wild populations of fish are still able to thrive and why others aren’t able to survive in these altered environments.”

Adrian Clarke, vice president of science at the Freshwater Fisheries Society of BC, says that “of the approximately 800 lakes we stock each year, biologists are closely monitoring the pH in 160 alkaline lakes. Water pH levels fluctuate up down during climate cycles and we think they may be slowly increasing right now. Climate change is one driver, but not the only factor involved.”

Schulte says survivability of fish in various lakes may worsen in the future, and that the speed at which this may come about is also not yet known. “It is important to do the critical research now,” she explains, “to identify resilient strains of rainbow trout to support stocking programs into the future.”

Beyond Genome BC, other key partners and co-funders in this research include the Freshwater Fisheries Society of BC, Mission-based Miracle Springs Aquaculture, the BC Ministry of Forests, Lands and Natural Resource Operations, Fisheries and Oceans Canada, the Pacific Salmon Foundation and the Columbia River Intertribal Fish Commission, which coordinates fisheries management policy and provides fisheries technical services on traditional lands. Research team leaders include Ben Koop (University of Victoria), Tony Farrell, Eric Taylor and Kai Chan (all at UBC), Steven Cooke (Carleton University), and Nathan Young (University of Ottawa). Other team members include John Post at the University of Calgary, and UBC’s Scott Hinch, Chris Wood, Jeff Richards and Colin Brauner.

The team has already shown that different strains of rainbow trout have different abilities to tolerate warmer water, as well as water with lower oxygen or water with altered pH. “In addition, within a strain there is clear variation between ‘elite’ families that have high resilience to these stressors and other families that are more sensitive,” Schulte explains. “We are now beginning the research needed to identify the genetic variants associated with these differences.”

Schulte says that identifying the genetic factors associated with the ability to tolerate environmental change is challenging because these traits can be related to multiple genes. Careful experiments with large numbers of fish are needed to detect the associations between genetic variation and variation in tolerance. Schulte believes this kind of research is only possible through close collaboration between hatchery managers and research scientists.

She expects production of hatchlings with better tolerance to changing water conditions to be likely within five to ten years.

The team is also developing low-cost tools for fisheries managers to monitor the genetic health of rainbow and steelhead trout populations.

“Specifically, within the four-year time frame of this project, we will develop an assay that will allow the Freshwater Fisheries Society of British Columbia to monitor the genetic integrity of their broodstock,” says Schulte. “Its stocking program utilizes a variety of wild-type strains of fish that are maintained in wild broodstock lakes. A key goal for the Society is to monitor this broodstock to ensure that it maintains its wild characteristics. The low-cost tool that we will develop will allow them to make sure that their wild broodstock remains wild.”

Schulte adds that in a broader sense, the catalog of genetic variation and trait variation that the scientists will develop through this project can be used to identify broodstock with the DNA profiles that are best suited for particular environments. “In the years following the project,” she says, “we will be developing the tools to allow hatchery managers to perform this selection to assist in selecting the best broodstock for different environmental conditions.”