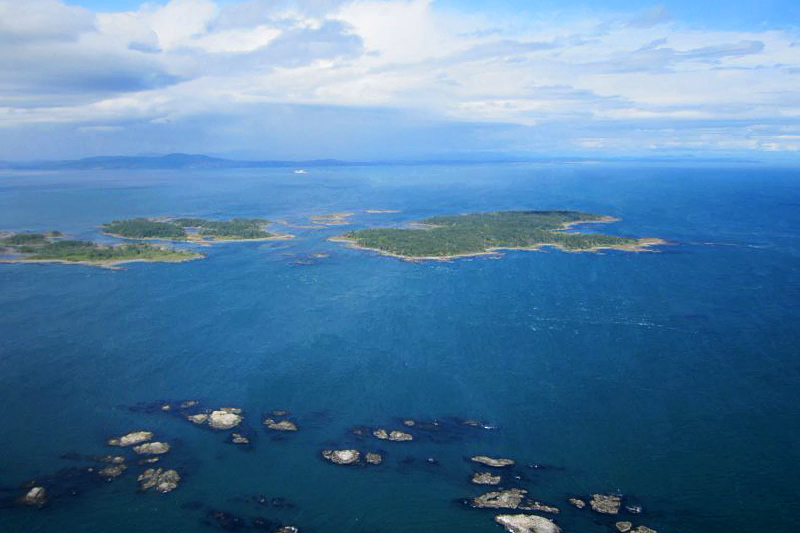 (Update: Added statement from Minister Jordan’s office) Mowi Canada has begun euthanizing hundreds of thousands of juvenile salmon and laying off employees as the reality of the federal government’s decision to end net-pen salmon farming in the Discovery Islands takes hold.

“We’ve started the layoff process and a week ago killed 925,000 fish because they have nowhere to go,” says Dean Dobrinsky, human resources director of Mowi Canada, based in Campbell River, British Columbia.

Transferring the smolts to another location is not possible because Mowi does not have empty farms in other areas as they were slated to go to the Discovery Islands.

“Minister Jordan’s decisions have put our entire company, our industry, our communities into disarray and we are trying to keep our people, but we have started the layoff process,” says Dobrinsky.

As Aquaculture North America reported last month, Effective Dec. 17, 2020, federal fisheries minister Bernadette Jordan ordered the end of salmon farming in the 19 fish farms in Discovery Islands with a deadline of June 2022 because the Indigenous communities where the farms are located don’t want them there. Meanwhile, some First Nations leaders say there wasn’t enough time given to having a proper discussion and consultation about the issue.

Mowi is B.C.’s largest salmon farmer. The company applied for an injunction in federal court this week, asking for time to transfer salmon to grow out the fish to market size at the company’s Phillips Arm and Hardwicke farm sites.

Dobrinksy says Mowi has 12 million fish at different stages of their lifecycle slated to go into the Discovery Islands, but there are no production sites to send them to now.

The government’s decision impacts 30 per cent of the business for Mowi Canada. The job losses at the company will be close to 170 positions. The way the Minister’s decision was written, Mowi can’t farm past June 2022, but they are also not allowed to transfer the fish slated to go into the Discovery Islands sites as part of the production cycle.

“Unless there is a change in the decision or delay or an ability for us to run through the production cycle, we will be killing another 12 million fish – 235 million meals gone,” he says. “It’s absolutely appalling.”

The Cohen Commission from 2012 said eight years of scientific research was required on the number of different pathogens that could affect wild salmon and then the results of that report would make a determination on Discovery Islands.

“The research the government’s scientists did come back and said there was less than minimal risk to wild salmon and we thought based on that we would be able to move ahead,” says Dobrinsky.

Minister Jordan has said she would do consultations with the First Nations and communities impacted, and from the end of September to December last year, discussions occurred but Mowi was not involved. The decision to end fish farming in the area was made Dec. 17.

“All of North Vancouver Island is in turmoil. Our government just said, ‘We don’t think it’s acceptable for your industry to be there anymore, and there will be no transition; it’s just over,’” says Dobrinsky.

Salmon farmers are especially frustrated because they have not had an opportunity to discuss the government’s decision.

“It’s three months later, and we still haven’t talked to the government. They haven’t told us what sites are gone,” says Dobrinksy.

In an emailed statement to Hatchery International, the office of Minister Jordan said the decision should not have come a surprise for the sectors involved.

“Those in the region and those involved in the sector would have known for months prior, if not years, that a final decision would be made by December 2020 regarding the future of the farms. The Cohen Commission recommended this over a decade ago, and the licenses in that area were only ever renewed on a yearly basis as a result. After DFO completed the risk assessments in the fall, our government announced on September 28th, 2020, that the Minister would hold consultations with the seven First Nations in the area regarding the future of the farms prior to the license renewal deadline in December of 2020,” the DFO statement said.

The statement pointed out the decision was made “after much consultation” and considered multiple factors, including the “nine risk assessments on the transfer of specific pathogens, our mandate to transition open-net pens, the consultations with First Nations, and the Province’s land tenure commitment that states all aquaculture licenses as of June 2022 will require agreement from local First Nations.” The DFO also said Jordan and other department officials had “multiple conversations” with industry leaders prior to the announcement on Dec. 17.

Mowi has been conducting town hall meetings with employees, and Dobrinksy says people are asking what’s happening with their jobs and how they will pay their mortgages.

“People are absolutely frightened for what will happen next,” he says. “I still retain confidence and optimism in the industry. Hopefully, we will see some change and decision-making from our government, which will be helpful, but it will be a long slog until then. We haven’t given up hope.”

For Cermaq, the government’s decision means the closure of three salmon farms representing 20 per cent of Cermaq Canada’s overall production.

“This will have immediate implications for our hatcheries, our other farms, processing facilities, our customers, and – most importantly – for our employees and the communities in which we operate,” said David Kiemele, managing director for Cermaq Canada in the statement.

Cermaq spokesperson Amy Jonsson said the company isn’t commenting further at this time as the matter is currently before the courts.

The BC Salmon Farmers Association has called for reconsideration of the Discovery Islands decision. If left unaddressed, the Fisheries Ministry’s decision could eliminate up to 1,500 jobs in British Columbia, $21.5 million in annual tax revenues, and up to 10.7 million juvenile salmon and eggs.

The association is asking for more time to minimize the impact of the decision and transfer millions of juvenile salmon to ocean sites to complete their lifecycle.

Parliamentary Secretary Terry Beech is set to meet with representatives from Mowi this Saturday, March 13, to discuss plans to “transition open-net pens farms in British Columbia, to ensure that all voices are heard throughout this process,” the DFO statement said.