Lake sturgeon (Acipenser fulvescens) was all-but extirpated in the late 19th and early 20th centuries by logging, dams and commercial over-fishing. Now, however, it may make a comeback in parts of Michigan, thanks to a hatchery-based stocking program. 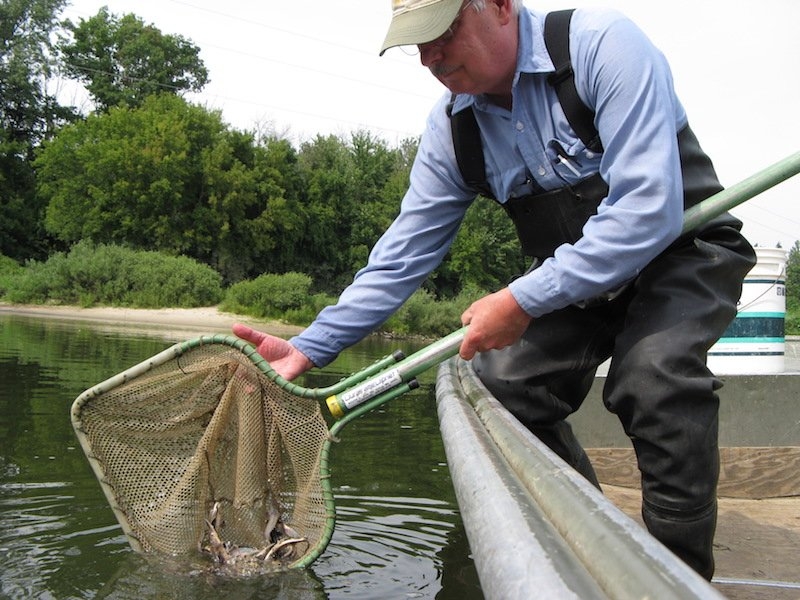 Speaking this summer, shortly after the department released 193 three-month-old lake sturgeon into the Tittabawassee River, Jim Baker, manager of the Michigan Department of Natural Resources Southern Lake Huron Management Unit, said they are hoping the species will take well to the location and stay there.

The eventual intent is to reintroduce lake sturgeon into the state’s Saginaw River watershed. This is the first time the department has reintroduced the species to that area, but said that success would not likely be known until about 2040, when the slow-growing, slow-maturing fish start breeding. The hope is to see sturgeon re-establish themselves in the Great Lakes ecosystem.

Baker said that the fish survive well once they’ve grown to 6-7inches long (15-18cm), but smaller fish are vulnerable to predation, thus limiting overall recruitment. But staff researchers now estimate that up to 50% of fish released at at that size will survive to the following year, and have a better survival rate after that.

The sturgeon restocking effort into the Saginaw river is one of several lake-sturgeon programs across the state, including the Black River, and Black, Mullett and Burt Lakes. The fish released into the Saginaw were surplus production for that part of the program.

The department now has several partners helping with funding, including Michigan State University, the local power company, and a program called Sturgeon For Tomorrow.