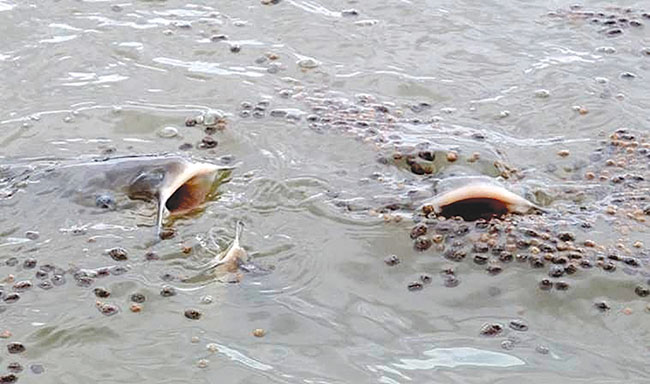 Feed restriction can be cheap but it impacts growth rate.

Researchers from the Mississippi State University’s Thad Cochran National Warmwater Aquaculture Center noted in its recent study that medicated feeds ensure regular feeding, which results in better biomass – but it is expensive.

The study provided an economic justification for the use of medicated feeds as opposed to restricted feeding in the fingerling production phase, which they said resulted in net economic benefits of as much as US$1,800 per acre.

“The growing season for catfish fingerlings is only seven months long, when ponds temperatures are in the mid-20s to 30 C. This temperature window is also optimal for enteric septicemia of catfish (ESC) outbreaks. With the limited time period for fish growth, producers need to feed their fish to obtain maximal growth even during disease epizootics,” Dr. Patricia Gaunt told Hatchery International.

Gaunt, professor of aquatic animal health, and  Dr. Ganesh Kumar, assistant research professor, are the authors of the article, “Medicated-Feed Intervention in Catfish Farming: An Economic Perspective,” published in the North American Journal of Aquaculture.

The increased survivability and growth resulting from medicated treatments as opposed to restricted feeding resulted in a net benefit of US$1,800 per acre for channel and about US$1,700 per acre for hybrid fingerling catfish.

“The key factors that lead to the higher net benefits per acre for the channel fingerlings are increased survival and increased growth from feeding medicated feed at the onset of ESC outbreak,” Gaunt said. “The factors determining the economic benefit include the value of the fingerlings, degree of progression of the disease, and degree of intensification of culture practice.”

Feed restriction requires 10 to 14 days to combat ESC. This leads to a loss of growth and a minimum mortality rate of 60 percent for channel fingerlings and 44 percent for hybrid fingerlings.

Economic benefits in hybrid food fish production phase are lower because of “relatively higher additional costs” – US$487 per acre and US$680 per acre in traditional and intensive ponds, respectively. “The net benefits from medicated feeding will depend on the biomass held in the ponds and degree of the disease,” Gaunt said.