May 25, 2020  Sponsored by by MAT Filtration Technologies 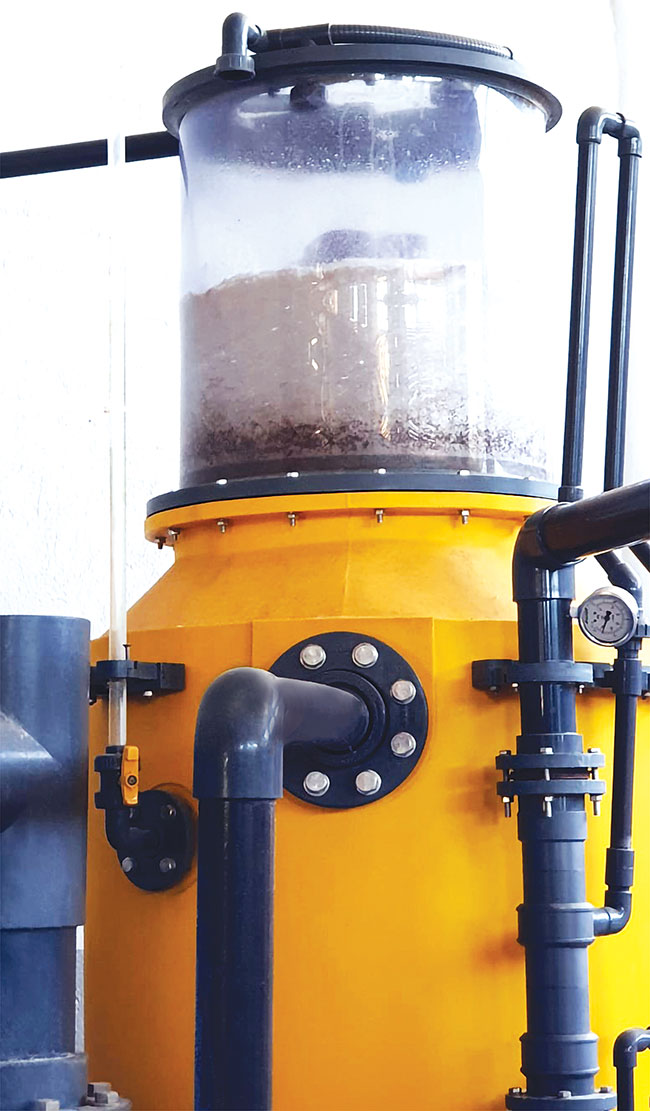 The challenge
Freshwater farmers – especially salmonids farmers – requested MAT Filtration Technologies to develop a Freshwater Protein Skimmer Fractionator device that would operate in fresh and brackish water conditions to be installed in pre-smolt stages tanks. A bypass filtration technology that could enhance water quality by 20 percent or more would change the way farms work today. The team at MAT Filtration Technologies took on this challenge very seriously and invested in manufacturing trial equipment and started testing them in farm conditions to overcome the known problem of low surface tension of the freshwater.

The challenge was to produce and sustain sufficient amount of fine and thick constant air bubbles within the skimming trench in order to generate sufficient skimming. At that time, most of the available freshwater skimmers in the market failed to keep stable production of thick protein foam. After three years of trials and with the help of our Scandinavian partner ENWA, we are finally proud to present the newly developed Fresh Water Protein Skimmer (FW-PS). 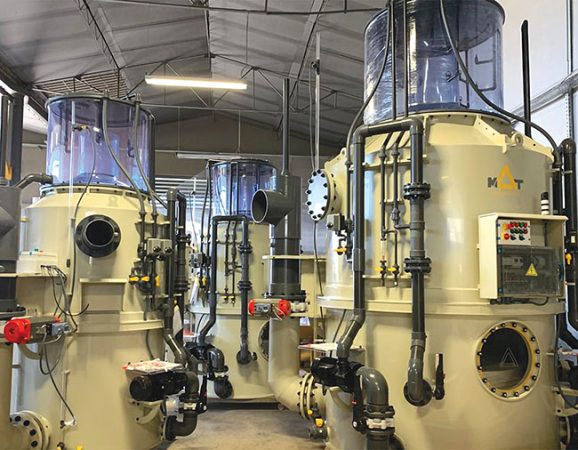 The solution
The principle is rather simple but the engineering behind achieving optimum results needed many trials in various bioloads and water viscosities. Basically, MAT optimized the polarity of the organic compounds in freshwater environment, achieving significant levels of protein reduction from the water column.

Simply put, the MAT FW-PS operates by producing thick smudge of fine air/ozone bubbles on surface areas that attract protein-amino acid molecules and other organic and inorganic compounds. Through this, the skimming process is achieved by expelling this bubble-organic sludge through a foam discharge chimney, located at the top of the device.

The key to achieving optimum performance was to ensure operator-friendly, stable production of fine air and ozone bubbles that could be sustained until the discharging point at the top of the PS chimney. MAT FW-PS operates using purpose-designed and -built venturis in conjunction with booster pumps to achieve high pressure conditions within the PS body.

MAT’s newest Fresh Water Protein Skimmer is designated to serve fresh and brackish water RAS facilities, providing an efficient system addition to enhance floatable and dissolved solids control. As it is well established in saltwater conditions, the FW-PR is capable for controlling the fine particulate matter and mechanically removing it from water. Additionally, through the fractionation process, FW-PS minimizes bacteria and microorganisms concentrations in closed circuit systems as it improves the oxygen and ozone infusion into the processed water. MAT is recommending the use of ozone infusion within the PS body

It has been observed that FW-PS performance is even better on higher organic loaded systems. Our site tests showed a decrease in total suspended solids, ammonia, nitrite values and achieved an increase in dissolved oxygen and ORP values.

MAT Filtration Technologies kickstarted on-site testing at the world’s largest salmonid farms, in cooperation with ENWA Water Technology AS. The testing environment was the RAS system of a fully stabilized RAS smolt production.

MAT Filtration Technologies offer a limited time only 35% discount on all freshwater protein skimmer models until June 30. Please use this url to take advantage of this one time offer: go.matglobal.tech/ps35off