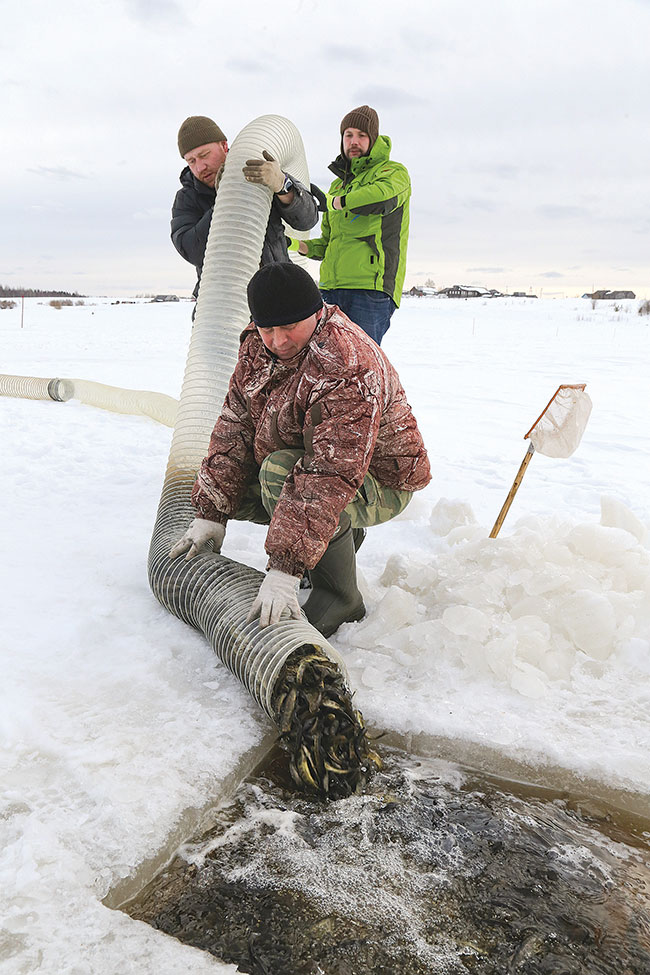 In the wake of Western sanctions, Russian state-owned hatcheries keep battling against an acute shortage of aquafeed.

For instance, the Baikal branch of the Russian government agency, Gravrybvod, has recently warned about possible operational disruptions due to a lack of European fish feed supplies.

“We face a big problem: fish feed. All fish feed is banned, there are no [import] supplies at all. We used Danish and Finnish feed and now have to search for alternative options,” said Leonid Mikhalchik, director of the Baikal branch of Gravrybvod.

The current problems could pose a danger to the local environment. Gravrybvod runs almost all state-owned hatcheries in Russia, producing broodstock for commercial and recreational purposes. In Siberia, the government agency is primarily engaged in restoring fish population in Baikal and several local rivers, where fish stocks were undermined in the previous years by poaching and poor ecological conditions.

Mikhalchik said that Gravrybvod managed to collect fish feed among all available sources in Russia. However, the current stocks would be enough to maintain production until the end of the year. After that, the operation could be disrupted.

On the other hand, Russian government officials remain optimistic about import replacement in the aquafeed segment. The Russian federal veterinary watchdog, Rosselhoznadzor, has recently reported that fish feed imports to the aquacultural companies in the Khakasia Republic ground to a halt. However, Rosselhoznadzor said that most farmers managed to switch to products of Russian origin.

New fish feed receipts have been developed in Russia and were already greenlighted for commercial use, Rosselhoznadzor said, not providing any additional details. However, this statement contradicts the complaints voiced by market participants, who insist that most products of Russian origin have dubious quality.

In addition, the price of Russian aquafeed has reportedly jumped by 30 per cent to 40 per cent following the exodus of Western suppliers.

The Russian government has recently approved a 20 per cent subsidy of capital costs for the construction and modernization of feed mills focused on aquafeed production. This measure is scheduled to come into force on Jan. 1, 2023. In addition, the government set the task for the Russian federal agency for fisheries and scientific organizations of the Russian Academy of Sciences to provide the industry with advanced feed recipes.

In total, Russia plans to launch nine large feed mills focused on aquafeed production in the next five years to boost the output in this segment by 220,000 tonnes, Russian Agricultural Minister Dmitry Patrushev said, speaking during a conference in Moscow.

Related
Feed ingredients become cheaper than before the war in Ukraine
FEED-X challenge welcoming applications
From the Editor: The work continues on
Russia sees progress in genome sequencing program