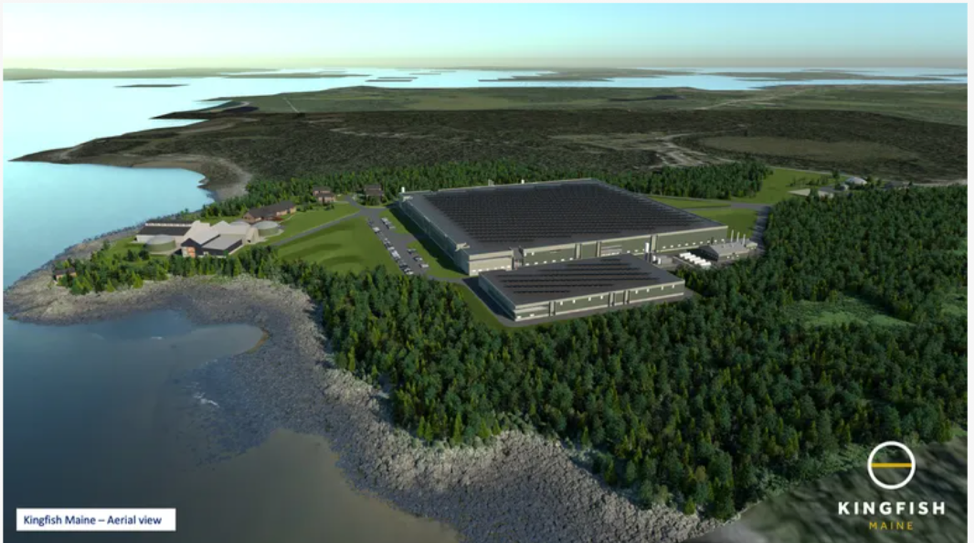 The planned recirculating aquaculture system (RAS) will be designed to produce up to 8,000 tons of yellowtail a year. Photo: The Kingfish Company

The Kingfish Company has announced the conclusion of its purchase of land for its new facility in Jonesport, Maine, USA. The purchase of land follows the approval of the two final permits from the State of Maine Department of Environmental Protection (MDEP) in mid-November. The acquisition of these final permits enable Kingfish Maine to move forward in pre-construction design and engineering, on schedule.

Upon completion, the facility will serve as Kingfish’s first production facility in the U.S., as the company looks to establish a significant local sustainable seafood production for U.S. retailers and food service.

“These announcements represent a major milestone in The Kingfish Company’s execution of its expansion strategy, and its focus on technology driven local production of high value import dependent seafood in the EU and the U.S.,”  said Ohad Maiman, founder and CEO of The Kingfish Company. “Today, Kingfish Maine is one step closer to achieving fully operational status, and we are ready to build on our proven blueprint, and scale our technology locally to service our network of distributors nationwide.”