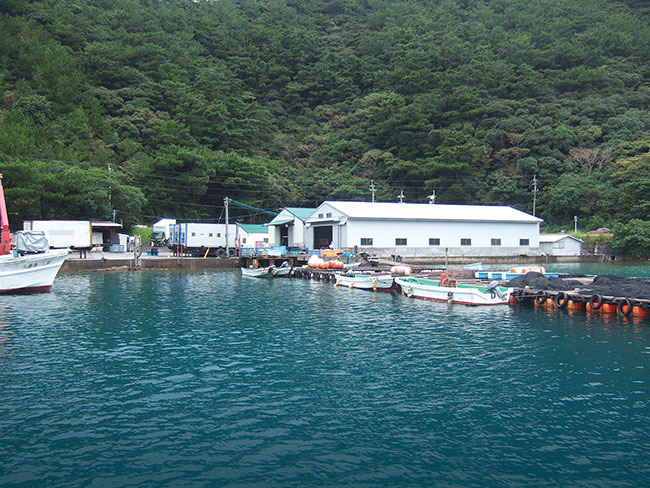 Pacific bluefin tuna (Thunnus orientalis) have long been held in high regard, sought after for sushi and sashimi, and worth billions of dollars. But this fondness for the species has triggered a crisis: overfishing has drastically reduced numbers in the wild, so much so that bluefin is now on the Red List of Threatened Species by the International Union for Conservation of Nature.

With wild bluefin populations continuing to tumble, Japan has taken the lead in trying to bolster supply. In 2002, Kinki University (or Kindai, a blend of the district name Kinki and Daigaku, meaning university) became the first in the world to successfully raise bluefin in captivity. Since then, a number of Japanese seafood firms have followed suit.

One such firm is Maruha Nichiro. Headquartered in Tokyo, the listed company has been on a decades-long search for the answers to farming bluefin. Research began in 1987 but work was discontinued in 1997 after no significant progress was made. In 2006, however, the company decided to try again and, with the help of six universities, successfully reared bluefin in captivity for the first time in 2010. Five years later, its first commercial shipment of farmed bluefin was delivered to Japan’s private business sector.

Early stage
Maruha Nichiro’s bluefin hatchery was established from another facility that was built in 1990 to rear sea bream and tiger puffer. Two fish farms in Amami Oshima, an island in Kagoshima Prefecture, southern Japan, were chosen for egg-to-harvest trials because of their expertise in raising young sea bream and their locations, which made it possible for staff to collect bluefin eggs from the wild.

“For the first few years, we spent a lot of time learning everything there was to know about the biology of young tuna,” says Yuji Kamimura, manager of the larval section, Shinokawa Branch, Amami Yougyo Inc.

“One of the reasons why our research came to a standstill was because young tuna don’t eat an artificial diet like other fish, and could not be observed in their natural habitat. We had a lot of trial-and-error experiments.”

Today, bluefin broodstock in the Amami Oshima farms are kept in-house. The fish lay eggs in the summer months between May and August. Fertilized eggs are gathered from the surface of the water (one female lays several million eggs, each about one millimeter in diameter) and put into large tanks for incubation.

Once the eggs have hatched into larvae, they’re around 2.5mm in length. They are then reared in tanks until they reach six to seven centimeters long. During this time, they are given DNA-enriched rotifer two times a day, morning and afternoon, from three days after hatching until around 10 days.

“One of the biggest challenges during the larval stage is VNN, or Viral Nervous Necrosis,” says Kamimura. “Once the eggs have been collected, we disinfect their outer layer using ozone bleach water, by immersing the eggs in it, just once, for around three to five minutes.”

The hatchery has three rearing tanks for the larvae. Each is about 80 tons, and one tank can hold approximately 800,000 larvae. Seawater for rearing is collected from the coast in front of the hatchery and put into a drum filter where it’s cleaned through sand filtration and disinfected with UV. A series of chillers is used to maintain the right water temperature of around 26°C (78.8°F).

The larvae are given a diet of striped beakfish from seven days after hatching until around 25 days. Minced fish and compound feed are offered from Day 20 after hatching and onwards. After 28 days, they reach a total length of five to six centimeters and are moved offshore to ocean net pens. There, they are farmed for about three and a half years until they’re ready to be shipped to market.

Survival challenges
Closed-cycle aquaculture may sound promising, but handling bluefin in farms is notoriously difficult, especially in the hatchery and early growth stages. As well as being extremely sensitive to stimuli like light, temperature and noise, spawning is unpredictable and the larvae are fragile. At Maruha Nichiro, hatchery staff work closely to monitor and adjust lights above the rearing tanks and the current of the water to prevent mortality among the larvae.

“The main cause of death in the early stages of larval rearing is surface tension-related death, and death at the bottom of the tank by sinking,” said Kamimura. “This occurs at night, presumably because the density of the larval body is higher than the density of seawater, and larvae swim less during the night. Adjusting water flow can affect the survival and feeding of larvae, but we still need a more viable solution.”

There are also feed sustainability challenges due to the vast amount of feed that bluefin require. According to Takahisa Ookado, assistant manager of the fresh fish sales section in the aquaculture operation department, in addition to live feed, the majority of Maruha Nichiro’s feed is natural fish and residua from mackerel canneries.

Work is currently underway to allow the farm to shift to fishmeal alternatives like plant proteins, as well as moist pellets and extruded pellets.

“From a sustainability viewpoint, much more work is required to come up with fishmeal alternatives for farmed bluefin. We are conducting further research into alternatives that will still provide good taste and flesh quality for consumers. We are also actively working to improve the food we feed to juveniles,” Ookado says.

Due to overfishing, the highly sought-after and high-value Pacific bluefin tuna has been placed on the list of threatened species.

Sustainable goals
Maruha Nichiro’s goal is to increase its output so that by 2021, it would be selling 78,000 bluefin, of which 15,000 will come from closed cycle aquaculture.

“We’re aiming to increase the ratio of closed cycle fish that we ship to 19 percent by 2021,” says Hiroyuki Metoki of Maruha Nichiro’s investor relations and public relations department. “As our technology improves and we become more experienced, we would like this figure to reach 100 percent. After all, a zero percent usage of wild juveniles means zero pressure on wild bluefin stocks.”

In the meantime, Maruha Nichiro is in the initial consultation phase of getting certification with the Aquaculture Stewardship Council (ASC). The company sees bluefin farming as a key business unit, and is looking forward to addressing the challenges left in its quest to bring the farmed species to the world market.

“When we look at recent global warming and environmental changes, such as regime shifts, it may well become impossible to procure bluefin from the wild,” says Ookado. “In Japan, bluefin numbers have been decreasing considerably, for example in areas such as the Tsugaru Strait in the northeast. A huge factor behind this is the extremely low number of species that bluefin eat, such as saury and squid. In this sense, the closed cycle concept is a necessity, but addressing the various challenges it brings will take some time.”

Metoki believes that wild bluefin populations could recover, but says that more solutions are needed in terms of feed efficiency, advanced nutrition and even selective breeding.

“Our technology could be duplicated and scaled up,” he says. “But we need to implement various measures from different angles to improve it – for example in feed – because this is not sufficient. To address this, Maruha Nichiro has set up an alliance with several academic experts from fields such as nutrition, digestion, immunity, ophthalmology, DNA analysis and genetics.”

“One thing yet to be tried from now on is selective breeding,” he continues. “It’s a common method that has been implemented in the cultivation of various species but nobody has ever succeeded with bluefin. This could be a possibility for us one day but we still have a lot to learn.”