Octopus or tako, in Japanese, is a special ingredient in Japanese food culture. There are over 250 different species in the world with roughly 60 caught in and around Japan. Two thirds of the world's share, or 160,000 tons, is consumed every year in Japan as sushi, sashimi, tako-yaki balls and western-style dishes. 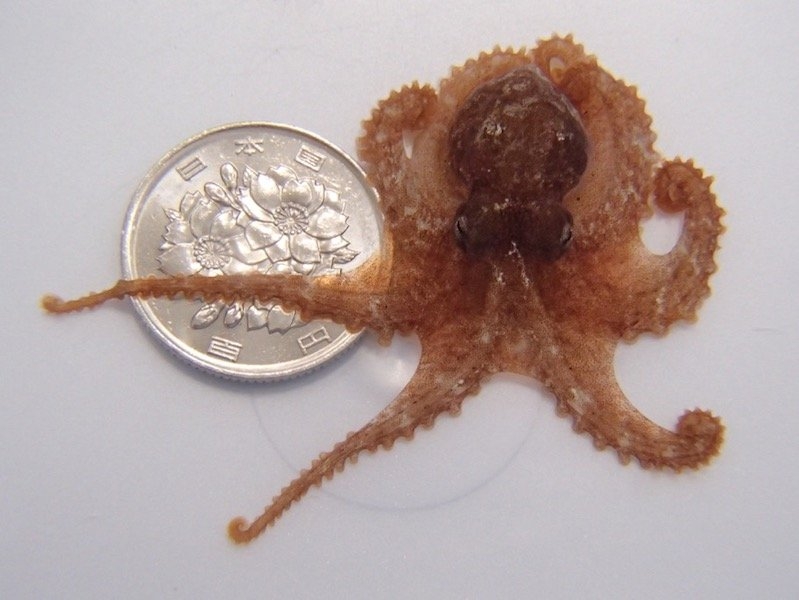 Hatchery phase in farming octopus is tricky but achievable

Amidst a growing global demand for octopus, scientists have been trying to rear the species from egg to export. Last summer, Japanese seafood firm Nippon Suisan Kaisha, also known as Nissui, reported that it had successfully hatched over 100,000 eggs at its laboratory in the Oita Marine Biological Technology Center in Saeki city, Oita Prefecture, western Japan.

“Many researchers have tried to come up with a reliable form of octopus seed production technology, but there have been tremendous hurdles in the rearing of larvae,” said a representative of Nissui’s Public Relations Section. “Finding optimal food for the larvae has been particularly challenging but we successfully identified suitable aquatic organisms that can act as food for growing octopus. Now we are using this, along with optimal rearing methods, to develop our rearing technology.”

Under the full-cycle aquaculture process, eggs are derived from animals that were themselves conceived by artificial incubation. Because a female octopus looks after its eggs very carefully, those obtained last summer hatched naturally. Nissui’s success could have significant consequences, offering a stable octopus supply and meeting global demand.

“Octopus seed production doesn’t really require any particular equipment,” said the Nissui representative. “A lot of it is the same technology as that used in the production of finfish seed. However, with octopus it is important to realize that rearing conditions and food can be significantly different. This is the key to successful operations.”

Aquaculture production has been rising, reflecting the burgeoning demand for seafood around the world. Against this backdrop, Japanese seafood companies have been hastening to build up a stable supply of cultured species. Nissui will continue to monitor growing conditions and attempt to improve the survival rate of octopus, in particular during the floating and settling larval stages. Further investigations will be required for the survival rate to reach a feasible level, which is why commercial production is not yet an option, but hopes are high that fully farmed octopus could be available in restaurants and retailers across Japan as early as 2020.