“Last year, import of salmon broodstock constituted only a third of the previous two years, as most of our needs were met by domestic production,” he said. “We still have salmon production on the agenda, and we hope to increase (broodstock production) up to the level of self-sufficiency.”

Khoonmirzaei added that this is a part of a wider initiative aimed at making the country less dependent on foreign suppliers. Iran used to import more than half of its broodstock from the EU and other Middle Eastern countries. However, import supplies narrowed after 2018, when former U.S. President Donald Trump re-imposed tough sanctions on the Iranian economy.

Currently, Iran faces two impediments in buying foreign products. The first hurdle is to pay for foreign goods amid a U.S. banking sanction that threatens foreign banks with third-party sanctions if they deal with Iran.

The second problem is the lack of foreign currency, as the U.S. oil sanctions substantially reduced Iran’s dollar earnings since 2018, forcing the country to dip into its foreign currency reserves, which dwindled during the past few years. 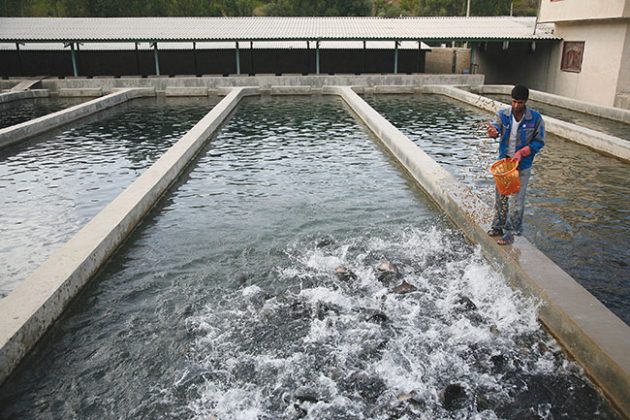 Iran produced 529,000 tonnes of farmed fish last year, more than the government had forecast. Khoonmirzaei said that Iran has great potential in boosting the production of sturgeon caviar and shrimps in the next few years.

In 2021, the Iranian government rolled out ambitious plans to boost the domestic farmed fish production from 560,000 tonnes last year to 1.6 million tons by the end of the decade.

Several Iranian regions declared plans to increase broodstock production in the coming years for the benefit of the local fish farmers.