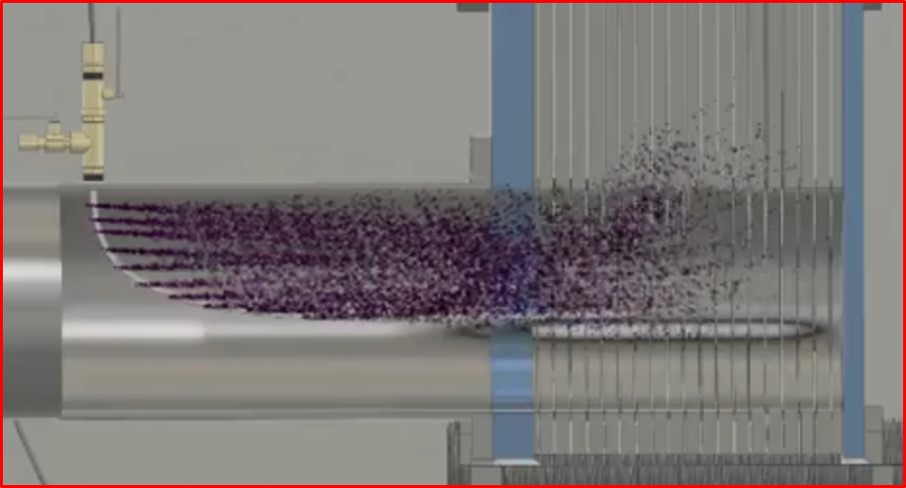 Yet balancing temperatures usually requires heat exchangers, which are a considerable capital expense. They incur high energy costs and require a significant amount of maintenance. A big chunk of that maintenance is keeping the system clean, and a US company hopes their “I2” iodine infuser will help aquaculture operators with their cleaning tasks.

“Tank effluent and most cooling water sources are rich with nutrients and fouling species,” says Mike Radicone, president of I2 Air Fluid Innovations Inc. “The heat exchanger is an ideal environment for bio-film formation, which can grow very rapidly.”

In some cases less than a week after a heat transfer system has been cleaned, bio-film starts to grow, causing several problems. “The heat transfer surfaces start to foul up and this reduces the effectiveness of the cooling system through biological insulation and you start to use more energy to get the same temperature,” says Radicone.

“The bio-film can reduce or obstruct the flow through the heat exchanger and other piping, pressure will drop and you’ll spend more energy keeping the water moving.” There is also the risk that the temperature may fluctuate, stressing the fish, and ultimately, you have to shut the system down and clean it. Again.

Chlorine is a solution, but remember its bleach. “Chlorine and bromine are widely used as biocides due to their low cost and availability,” explains Radicone, “However, the EPA and other environmental agencies around the world restrict their levels in water effluent discharge streams, because of their detrimental effects. They can also can lead to corrosion in a system and of course, there is a potential toxic impact on your fish.”

Chlorine is often injected into a system during back-flushing, but the permitted accepted dosage can be inadequate, Radicone points out.

“Proper dosage to kill foulants may require super chlorination that can exceed discharge permits,” he says. And that forces the operation to de-chlorinate prior to discharge, (read more costs). Chlorine also requires a dedicated secure storage location within your operation.

Iodine, Radicone says, offers an alternative. “Iodine is known for it’s antimicrobial properties and has long been used in the health care and water bottle industries as an antiseptic and a disinfectant,” he points out. Indeed, it is still the hikers’ standby when they need to drink from an unknown water source. Two tablets will kill most things in a quart of water, but not you. Iodine is a naturally occurring element essential to our health.

Radicone says iodine has a rapid and profound biocide effect, even at low concentrations (the I2 system imparts under 100 ppb to the fluid) It’s less hydrolyzed in water, persists longer, reacts less with organic matter and is effective over a broader ph range than chlorine.

The company has developed a gaseous iodine diffuser that makes it possible to safely impart to circulating and one-pass water systems and that could be a boon to the aquaculture industry.

“We are placing iodine bubbles into the narrow spaces of a heat exchanger where they come in contact with bacteria and kill it,” says Radicone. “Its amazing when somebody opens up the exchanger after six months of use and there is no bio fouling.”

And it’s simple, he adds. There is no modification to the heat exchanger. You need a compressed air source, a 110-volt connection and space for a 10”x16”x6” box. A short hose connects the unit to a nozzle on the heat exchanger’s inflow. The unit is set to inject iodinated air for 5 minutes every hour or half hour, up into the exchanger plates.

“People always ask me, is that it?” quips Radicone. The unit costs less than $1000 US and cartridges containing a proprietary iodine resin are a few hundred dollars (based on the system size) to replace once a month.

Phillip Nickerson of Aqua Production Systems Inc. in Nova Scotia, Canada builds aquaculture systems and is the first dealer for the I2 system in North America. (He sells the product as the “CleanPlate”)

“There was always an uncomfortable conversation to have with the customer about the high burden of maintenance that comes with the plate exchanger,” says Nickerson. “The CleanPlate device removed that conversation from the table. Now I tell my customers they do not have to backwash or shut down for chemical treatments, or use dangerous chemicals around their live animals.”