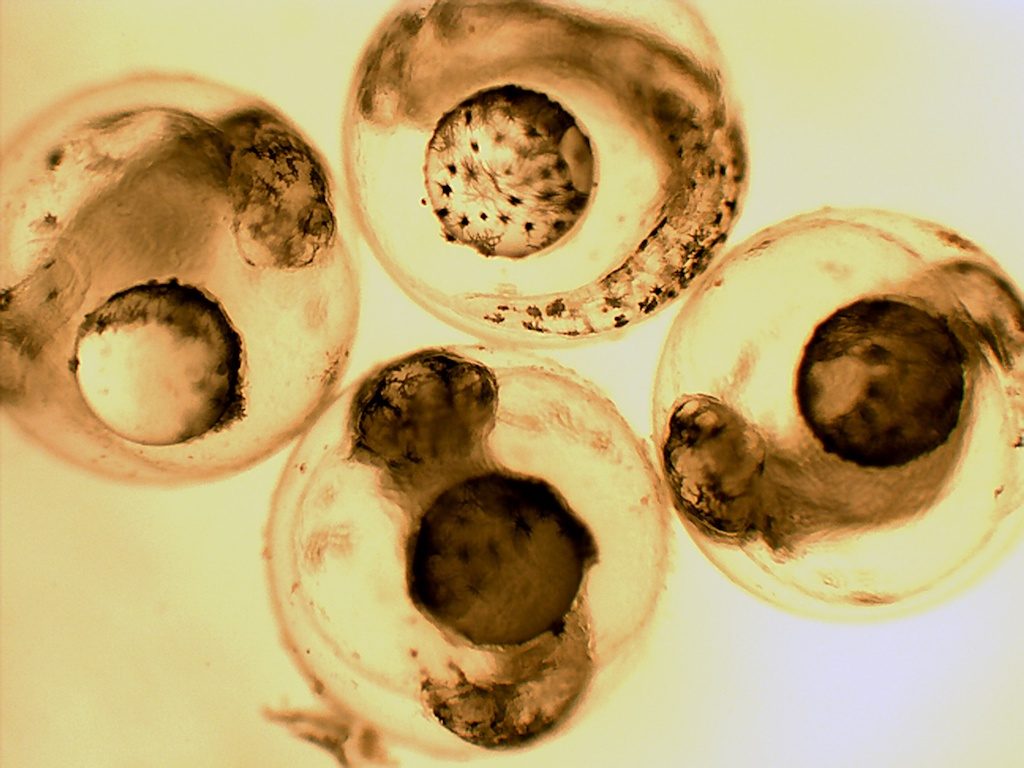 Latimeria Ltd, located at the Ein-Shemer kibbutz between Tel-Aviv and Haifa, is developing innovative techniques and technology to establish water-recirculating, minimum-discharge centres for breeding and production of grey mullet and sea bream fingerlings.

Essentially the company is conserving energy by not pumping water from the sea and avoiding pathogens present in seawater. Tap (drinking) or agricultural water is desalinated and then salted with regular marine salt to achieve the different levels of saline required.

The water goes into special polypropylene tanks called “water rings” in which the fingerlings are bred and raised. Two ring-shaped tanks go one inside the other. The larger one holds the fish and the smaller one is used for treating and recycling the water from the fish tank back to the fish.

“Our technology has several unique advantages,” chief biologist Dr Gilad Heinisch is quoted as saying. “We have very low energy demands compared to traditional breeding centres that pump seawater; we have nearly no locational limitations, since we are totally disconnected from the sea, and use sea salts to create what is really artificial salt water as needed by the fish. Our biosecurity level is very high due to the fact that we do not introduce pathogens from the sea.”

Heinisch said that personnel routinely monitor for water quality, pH and water temperature and other factors such as alkalinity, salinity, dissolved oxygen and metabolites – nitrogen and phosphorous.

Heinisch noted that mullet is a new candidate for aquaculture. Under normal circumstances they put out just a single batch each year, typically between September and December. The bigger broodstock can put out 4-5 million eggs that are about 780 microns across.

“Survival can be anywhere from zero to 20% and even 30%, depending on the quality of the batch,” Heinisch said, adding that the mullet’s lifecycle in captivity has been achieved at an Israeli research center, the National Center for Mariculture, in Eilat, an important step forward for the aquaculture industry.

Sea bream on the other hand, Heinisch said, has been fully domesticated, and after more than four decades of research and development, is the major species – along with sea bass – in Mediterranean mariculture.

The systems Latimeria has developed are “nearly zero-discharge” with more than 99% of the water treated and recirculated. Water temperatures are maintained at between 15 and 25°C.

“We control our climate in the building,” he said. “In the winter we heat the water a little and in the summer we chill it. We also maintain broodstocks in shifted seasons. We don’t use solar power but our calculations and estimates reveal that we use about 20 times less energy on climate control than traditional marine breeding centres.”

The company is currently working with “several 8.5 cubic metre Water-Ring tanks” and is developing some bigger units as well.

Eventually Heinisch notes, Latimeria hopes to see its breeding centres spring up across the globe.