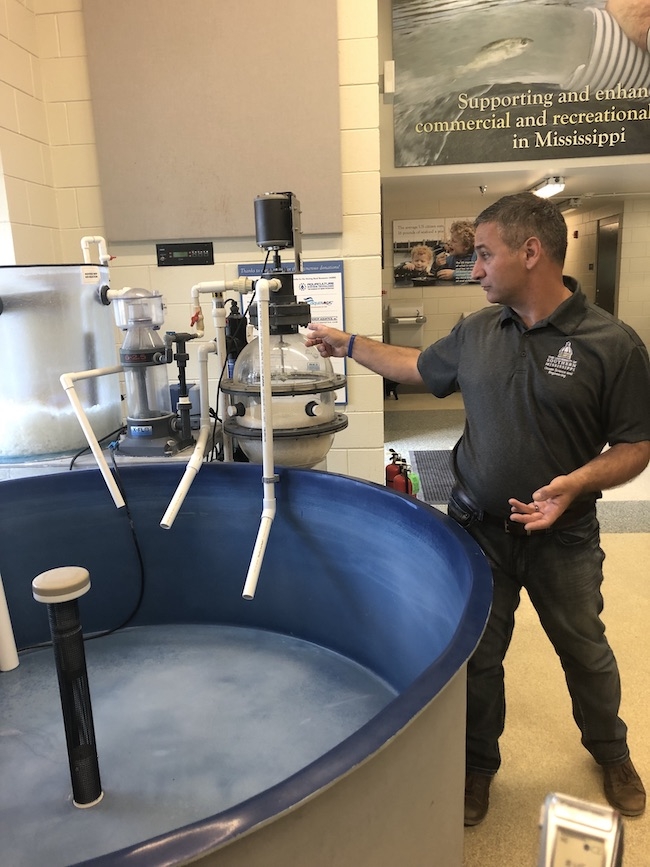 The Triennial edition of Aquaculture America welcomed a record 3,500 attendees, a 65-percent growth from the previous event held in 2016 in Las Vegas. The Triennial is held in the United States every three years and combines the annual meetings of industry associations: WAS, the National Shellfisheries Association, the Fish Culture Section of the American Fisheries Society, and the National Aquaculture Association.

“Aquaculture is doing really well. We also have 60 more booths than the previous edition, bringing the total to 205 this year,” John Cooksey, executive director of World Aquaculture Society (WAS), told Aquaculture North America, a sister publication of Hatchery International.

“Every show is getting bigger and bigger,” Cooksey continues. “The only reason to account for that is that the industry is healthy, from research to production to the entire chain. A lot of people are looking to get into aquaculture. It’s definitely an indicator because if the producers are not doing well, they don’t buy equipment and the exhibitors don’t buy booths and there’s also no money going into research.”

Prior to the official start of the conference, attendees were taken on a tour of the Thad Cochran Marine Aquaculture Center (TCMAC) at the University of Southern Mississippi, about an hour-and-a-half outside New Orleans, where officials showcased their R&D work with various finfish and shellfish species, including red snapper (Lutjanus campechanus), triple tail (Lobotes surinamensis), spotted seatrout (Cynoscion nebulosus), oysters and mussels, as well as algae production.

The team at TCMAC were also in attendance and presenters at Aquaculture 2019.

Companies that have been long-time exhibitors at the show also noticed the growth in industry participation and new companies participating.

“There’s a lot of companies that I have never seen exhibit in the past,” observed Keith Filer, project manager for aquaculture research at biotechnology company Alltech. “There are some companies that I know that have come to the show before not as exhibitors, but who are exhibiting this time. We are seeing a lot more people getting into the industry, from suppliers to the farmers. Between what we’ve seen in here and the investment that’s going into the industry especially for salmon production, the RAS projects, demonstrates that the industry is healthy and that the potential that we’ve been talking about in the United States for so long is starting to actually move forward and build the industry.”

Among the first-time participants is Enterra Feed Corporation, a company breaking ground in the insect protein market based in Langley, B.C. The company’s vice-president for operations said she is noticing a higher interest in insects as a feed ingredient.

“There’s been a lot of research done over the past several years so we’re starting to gain traction as we increase production. We see many feed companies and fish farmers that are starting to incorporate insects into their feeds,” said Victoria Leung.

There were 104 educational sessions at the event, covering industry mainstays – finfish and shellfish aquaculture. But what was most notable was the strong presence and interest in emerging sectors and technology, such as recirculating aquaculture systems (RAS), offshore aquaculture, aquaponics and seaweed farming.

“Seaweed has become very popular and aquaponics is growing everywhere. We had a workshop on aquaponics before the trade show and a lot of people attended,” said Cooksey. RAS sessions attracted a standing-room-only crowd.

Participants this year are from 85 countries. “We missed some participants from some countries because of the quagmire with the state department. We usually get about 90 countries but some people, particularly those from Africa, had difficulty getting a visa. A good hundred participants couldn’t come because of visa problems,” said Cooksey.

That hiccup aside, the event spotlighted positive signs that aquaculture is here to stay and things are moving along just fine.

“I went to a lot of great talks from industry and academia so it’s been a good time,” said Abigail Bockus, a research scientist and assistant professor at the Louisiana Universities Marine Consortium. “This is my third year to attend the show but my first Triennial. I saw more international research than usual. It’s really great to see what other countries are doing.”

For Steve Rawles, a fish nutritionist with the United States Department of Aquaculture (USDA), the event was a chance to network and foster collaboration for future work with industry colleagues. “There’s been a lot of good meetings, a lot of good networking. I think it’s one of the more successful conferences we had with a lot more exhibits, which is good because the whole thing behind the World Aquaculture Society in the U.S. is bringing together both academia, government and the industry. So there’s a lot of interaction there and from that standpoint, it’s been very successful for me.”

– with files from Mari-Len De Guzman